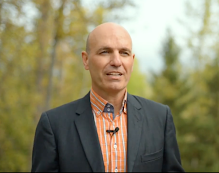 While the NDP may have gone ahead with the Coronation of Nathan Cullen and his nomination in the Stikine Riding on Monday, the controversy over the process to put the former MP into place as a candidate in the provincial election doesn't seem to be drifting away.

As we noted last week, when Mr. Cullen first indicated his intention to contest the nomination for the seat now vacated by retiring MLA Doug Donaldson, more than one political observer took note as to how the NDP's equity mandate, which is designed to reflect the diversity of the province, seemed to be put on the shelf at the time.

For those unfamiliar with the internal NDP initiative, the best description of the policy came from former NDP Skeena MLA Robin Austin who outlined the key focus for the equity rule for the Terrace Standard four years ago.

“The equity mandate is to try and make our caucus reflect the diversity of the province – that the party should find a candidate who is a woman, or a person of a minority, a visible minority, a First Nations person or someone with a disability,”

However, with the announcement yesterday that a former Tahtlan leader, Annita McPhee, a past resident of Telegraph Creek had been disqualified from the process, Mr. Cullen's successful navigation of the nomination contest was seemingly declared complete and further mention of the equity mandate, probably not appreciated.

The optics of it all, are certainly making for a rough start for Premier Horgan, the NDP and Mr. Cullen; with Ms, McPhee still considering her options and expressing her disappointment as to how it has moved forward, sharing some of her take on it all through her Social media stream on Monday.

The rush to nomination and the way that the potential challenger has been dispatched from the process, does give off the the impression that the party wanted to ensure that their preferred candidate got the nod.

The topic has become a major theme of the early days for the provincial and even the national media, with a range of stories making note of the controversy and the poor light in which it is reflecting on the NDP.

CKNW's Michael Smyth has been following the story since it first popped up on the political radar, yesterday he had Mr. Cullen on his morning program exploring his view of the situation, with the former MP noting that in his view the NDP had followed its protocols 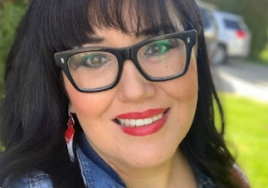 Today Smyth hosted Ms. McPhee and for her part she continued to express her disappointment in the way the NDP dismissed her bid, noting that she is considering an appeal of the nomination to the NDP executive on the issue.

When pressed as to whether she  may also consider any legal recourse, she noted for the CKNW host that she is considering all her options at this point.

"There's a lot of people who are supporting me in this process and at this point I'm considering it. I believe that you know as an Indigenous person, it's important to advocate and continue to you know encourage strong leaders and new leaders to run, and that's why, if there's any reason why I would want to do that it would be for  that reason, There's an equity mandate created for a reason, to attract diversity. And in my riding it's really important, 33 percent of the voters in that area are Indigenous and it's the biggest Indigenous representation in the whole province." -- Annita McPhee on the Michael Smyth program today

The overview of the first day of the campaign and comments from Mr. Cullen and Ms. McPhee can be explored from the CKNW website and the September 21 and 22 shows.

Such is the interest in the topic now, that a you.leadnow.ca petition is making the rounds calling for the BC NDP to respect and uphold the Equity mandate. 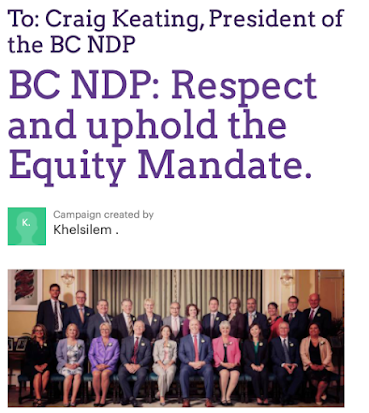 The Stikine situation certainly calls into question the entire equity policy project, which did face some controversy when introduced and seemed destined to one day result in just the kind of run of events that has taken place over the last week.

One imagines though, that the NDP perhaps might have preferred to address it outside of what is shaping up to be a controversial election call.

Sidestepping their own equity mandate, is just one of a few guideposts that the NDP have dismissed in the election call so far.

Starting with the call to the polls itself, which comes one year earlier than the fixed election date in place, that apparently because the Premier believes the stability of his government was in question, a concept that was for the most part countered by Green Party leader Sonia Furstenau yesterday.

Yet here we are into day one of an election campaign, where the first theme seems to be one for the NDP that rules are made to be broken.

Not surprisingly, when handed a gift, the Opposition Liberals have been quick to take note of how the nomination process evolved in Stikine, making it an early discussion point out of the gate for the 2020 election period.

For more notes on the 2020 campaign across the Northwest see our archive page here.