New Search and Rescue aircraft begins to roll in for RCAF

Sometime in the future, hopefully just for show and not for service, residents of the North Coast may see the newest addition to the Fleet of the Royal Canadian Air Force, with the military taking possession of the first of their new generation of Search and Rescue aircraft.
The new aircraft, known as the Kingfisher is part of a growing list of procurement for the military, with the new SAR plane set to replace the workhorses of Search and Rescue in Canada of the Buffalo and Hercules, both aircraft which have more than served their time with distinction.
When the roll out of new CC-295 aircraft is complete, the RCAF will take possession of sixteen of the new planes, on an ongoing basis until the fall of 2022.
Manufactured by Airbus at their facilities in Spain, the value of the replacement and support program is 4.7 billion dollars.
To get a glimpse of what the new SAR craft will offer flight crews,Airbus offered up a tutorial on what the RCAF is getting and its capabilities with this video.
Air crews are now training on the newest planes, with the Armed Forces anticipating that they will be in full service early next year, with a steady stream of planes to come for Comox and other Air bases across Canada. 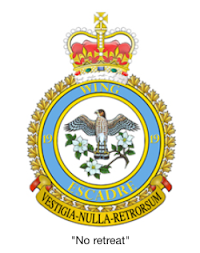 19 Wing at Comox is responsible for all of the British Columbia coast and responds to Search and Rescue missions and other calls for assistance from the Vancouver Island base.
Working in concert with local Coast Guard ships and members of North Coast Marine Rescue groups, planes and helicopters dispatched from Comox have been key participants in past North Coast calls for assistance.
You can review the work of Emergency Responders in the Northwest from our archive page here.
Posted by . at 9:19 AM