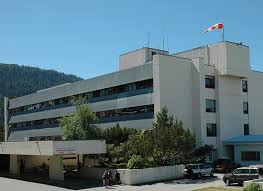 Prince Rupert residents will have to wait another two weeks before the much promised Health Care Discussion with Northern Health officials takes place at City Hall.

With Mayor Lee Brain advising on Monday evening that the planned forum with Council last night was to be postponed. That as the Mayor explained was in response from a request from Northern Health officials who had asked for a bit more time.

"Tonight there was supposed to be a delegation from Northern Health officials to talk to City Council. But they requested some more time to get some more information for their presentation, so they'll be coming at the next council meeting, November 8th to City Council to have a conversation with council then."

The Mayor shared the news at the 25 minute mark of Monday's council session.

The quest to have that conversation has been a long running one and until it takes place, it would seem that the plans from Councillor Barry Cunningham to create a local Health Advisory Committee have come to a standstill.

The Health Advisory committee an initiative that hey has proposed a number of times over the last few years; the most recent attempt picking up some steam earlier this year, only to get sidelined once again as Council and Northern health tried to align their calendars.

The first mention for 2021 came in March, followed by another inquiry in April, followed by the Mayor charting the course forward in the summer, the rolling list of attempts coming with an undercurrent of community concern playing out on social media for much of the year.

"Well, we're waiting for a presentation from Northern Health so I won't be moving forward on any terms of reference until we have that presentation which I believe is still, they had some holiday scheduling, so I'm not gonna do anything until we have a chance to communicate with them and have a chance to communicate with Northern Health about some of the direction that they feel.

Because ultimately I think we need to talk to Northern Health  and see where things are at and see how we can be best involved, so we'll see what they have to say about that too" -- Mayor Lee Brain on the status of plans for a city led Health Advisory Committee at the June Council session

It's never really been made clear why the plans for the Advisory Committee could not move forward to at least get the project underway and offering some response to address the concerns that have been raised by the public.

For now, you can review the Prince Rupert dedicated Facebook Page hosted by Northern health to take the pulse of some of the community concerns.

Hopefully, the stars align for November 8th and Council can move the Committee plans forward before the end of the year arrives.

More notes on Monday's Council Session can be explored here.

A wider overview of some of the health themes in the Community is available from our Health archive pages here.