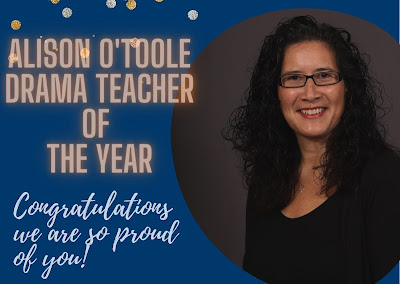 They're bursting with pride and deservedly so at Charles Hays Secondary, with the celebrations extending throughout the Prince Rupert School District and among the thriving theatre community in town this week.

That as Alison O'Toole the long serving Drama teacher and community arts advocate was named Drama Teacher of the Year by the BC Drama Educators Association.

The Prince Rupert School District outlined how the long overdue award came to make its way to the North Coast earlier this week, with a Social media post that charted the nomination process and eventual award.

The Award serves to pay tribute to Ms. O'Toole's impact not only on education with SD52, but towards theatre as part of the community fabric.

The driving force behind the energetic Drama program at Charles Hays Secondary, the yearly production has long been one of the must attend Community events for Prince Rupert.

The three show run each year providing a showcase of the vast talents at Charles Hays, skillfully drawn out by their Teacher who shepherds each presentation to the final curtain call.

From that launching pad, many of her students have gone on to continue with their theatrical pursuits whether in community theatre in Prince Rupert or through further studies at university or college.

And for them, the award for the woman that launched their draw to drama is surely one they will welcome, though perhaps with a note of 'what took so long' 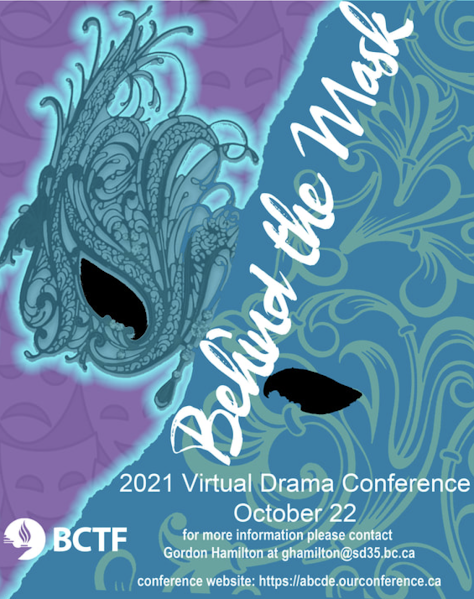 The Awards this year took place as part of the ABCDE virtual conference, the award outline providing a snapshot of what the panel looks for as they celebrate excellence in teaching in the drama genre

This award is for an exemplary teacher and ABCDE member. It may go to anyone who teaches K-12 and incorporates Drama in and beyond the classroom, such as touring shows to other schools, going to see other people's theatrical work, having professionals in the school working with students

All elements that the Charles Hays educator has long excelled at, as the countless tributes from former students can attest to.

The Association has not as of yet updated their Awards page, but once they do, the Charles Hays teacher will join the ranks of the honourees from this portal.

The scope of her talents have taken the popular CHSS Teacher to the local community theatre collective as well, Ms. O'Toole a frequent figure on the stage of the Lester Centre of the Arts in the past from a variety of community productions that have brought together all of the theatrical and musical community over the years.

And now that the theatrical community is starting to stir again, theatre goers in Prince Rupert and the region will once again be looking forward to hearing of the latest production from Charles Hays, or what big plans the local theatre community is ready to reveal when the curtain goes up once again.

The salutes to Ms. O'Toole can be found from many Social Media platforms over the last few days, the largest volume so far those found from  Prince Rupert Mayor Lee Brain's Facebook page, as he and many residents of the community joined in to share their congratulations on the welcome news.

More notes on Education can be reviewed here.

A wider look at the Arts Scene in Prince Rupert can be found here.