The list of contributors  for CFTK TV7's major news package at 6PM has seen a significant increase in just the last few weeks, with a new supporting cast in place to assist Kathy Brookes for the evening news at the Terrace based studios for Bell Media North.

That as a few new reporters arrive to take up their duties.

In recent weeks Brandon Cassidy and Zack Power have joined the Northwest television station, taking up some of the work load from Prince Rupert based journalist Joshua Azizi.

That should mean a few more feature spots for Prince Rupert stories moving forward, something which had dwindled in recent months as Azizi, serving as the sole reporter for TV through the period, covered the entire Northwest region with items for the nightly broadcast and radio newscasts.

It also makes for a significant shift in the makeup of the news team with the entire reporting crew now a male one; which is almost a complete switchover from recent times, leaving Ms. Brookes as the only female face on your TV screens each night.

With the reporting staff it seems up to full status, the station continues to search for a News Director, recently reposting their Job Opportunity listing. 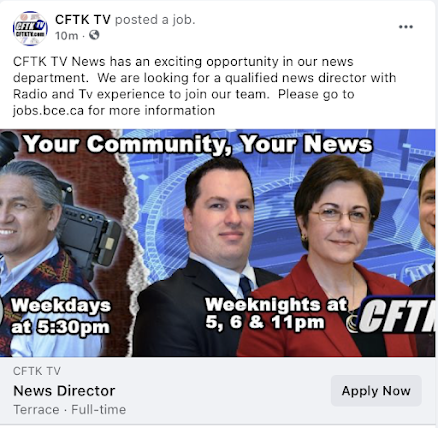 The station also recently bid farewell for the second time to the long serving John Crawford, who had returned to the airwaves for the summer to lend a hand to the short staffed broadcast outlet. 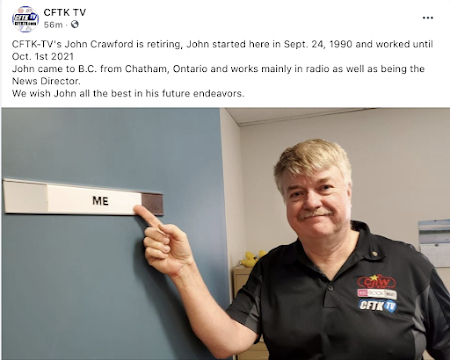 For more notes on the media of the Northwest see our archive page here.