Mr. Bachrach has gone to Washington ...

The Skeena-Bulkley Valley MP is in the American capital this week, speaking towards wild salmon issues with a range of American officials, in particular sharing some time with a pair of the key members of the Alaska delegation in DC.

In a video update for his constituents from yesterday, Mr. Bachrach outlines some of the themes he spoke towards with Senator Lisa Murkowski on, as well as with Congressman Don Young comparing notes about the shared relationship of salmon between British Columbia and Alaska.

While salmon issues are of course of much importance to those on the North Coast, there are other issues of some note to be found between Alaska and Canada to be explored as well.

The Skeena-Bulkley MP did not mention in his most recent dispatch,  if he had opportunity to discuss a couple of other key discussion points with the Alaskan legislators during his trek to DC. 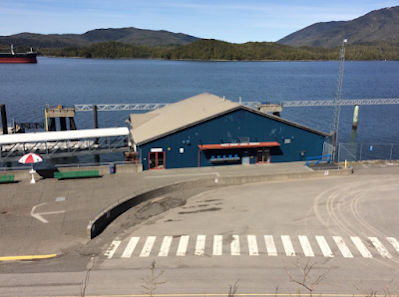 In recent months both Ms. Murkowski and Mr. Young have been the lead political officials crafting legislation that would no longer require Cruise vessels to stop in Canadian ports on their way to and from Alaska, a move which will have a significant impact on the British Columbia Cruise tourism sector if it moves forward in 2022.

When it comes to the temporary cruise measures for Alaskans; stay the course beyond this year marks the theme for Senator Lisa Murkowski

American Senator seeks to make "Temporary" American transit, "Permanent" when it comes to cruise ships through BC Waters 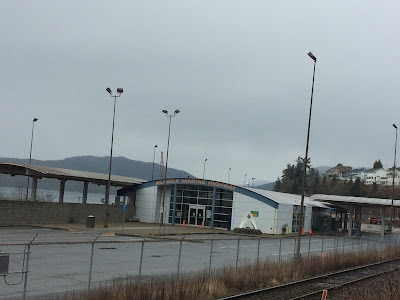 Another topic that might be of interest to residents in the Prince Rupert area is that of the fate of the Alaska Marine Highway System which is tentatively set for a return to service to and from Prince Rupert next summer.

Still outstanding however is the need for extensive terminal repairs which the Americans put on hold a number of years ago in the midst of discussions related to that work and other issues that had made for a bit of a transportation chill between Alaska and British Columbia.

It would be welcome to hear if the MP found some time to fit those items into the discussion as well, and if so, if he has any updates to share with residents of the region.

As well, the Skeena-Bulkley Valley MP probably heard some feedback on BC mining plans and the impact that may have on the American fishery.

In addition to monitoring Mr. Bachrach's Facebook feed for further updates, residents of the Northwest can check in on Senator Murkowski, Senator Dan Sullivan or Representative Young to see if they share some thoughts from the recent Northwest summit in the American capital.

More notes on his work whether in Ottawa, DC or in the northwest can be found from our archive page here.