The District of Port Edward is preparing to hand out reminders on garbage etiquette for the community, as they look to reinforce their Refuse protocols that some residents are seemingly choosing to ignore.

In a post to the District's Social Media Stream, Port Edward officials outline the proper way of leaving refuse for collection, as well as the potential for further action, which could include fines for those that do not follow the rules properly. 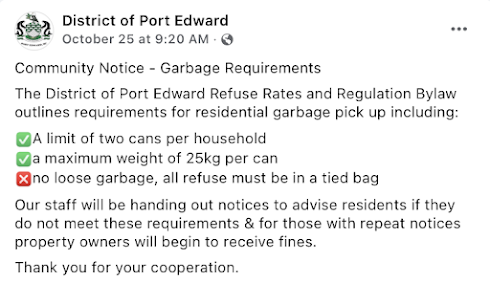 More notes on themes from the District can be explored here.