Stikine MLA Nathan Cullen had one of the key speaking roles Wednesday in defence of the recently introduced Climate Change Bill by the NDP government, the Minister of State for Lands and Natural Resources Operations providing for an extensive review of the legislation.

The Bill was introduced earlier this week by Environment Minister George Heyman with the Premier   and the Minister both outlining the scope of the CleanBC Roadmap to 2030.

“Here in B.C., the threat of climate change is no longer decades or even years away. The impacts are all around us, from devastating wildfires to intense heat waves and droughts. The scale of the climate emergency demands that we act with even greater urgency than ever before. By bringing people and businesses together, we can rise to the challenge and seize the opportunity to build a stronger, more resilient B.C. for everyone. That’s what this plan is all about.” -- Premier John Horgan.

“By working with all sectors, we can see clearly where we are making progress and where new thinking and resources are required. The CleanBC Roadmap puts greater focus on transitioning away from fossil fuels faster and adopting clean energy solutions. It strengthens B.C.’s position to attract investment and build opportunity for British Columbians and embodies our determination and commitment to meet our climate targets.” -- George Heyman, Minister of Environment and Climate Change Strategy 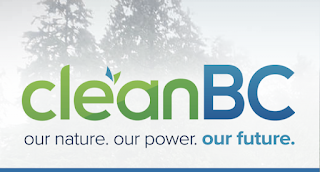 Mr. Cullen opened his review of the legislation by framing it by way of responsibility  for British Columbians as well as the impact on the environment if we don't change some of our long held ways.