With the days getting shorter, the nights longer and bad weather making for treacherous roads and limited visibility, ICBC is putting the focus on pedestrian safety this fall, with a campaign to raise awareness for both mortars and pedestrian.

Statistics from ICBC indicate that nearly half of all crashes with pedestrians (44 percent) happen between October and January, periods of poor visibility regardless of the caution that drivers show on the roads. 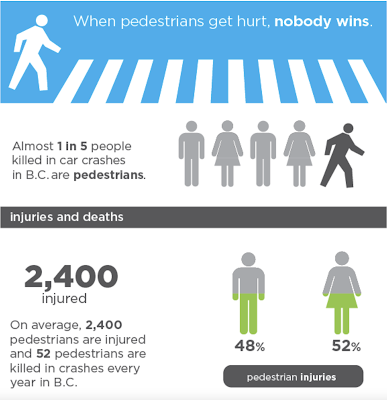 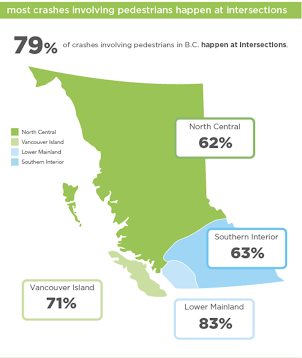 Towards some tips for improved Safety, ICBC offers up the following, with many making for a familiar narrative for Prince Rupert's dynamic between Motorist and Pedestrian: 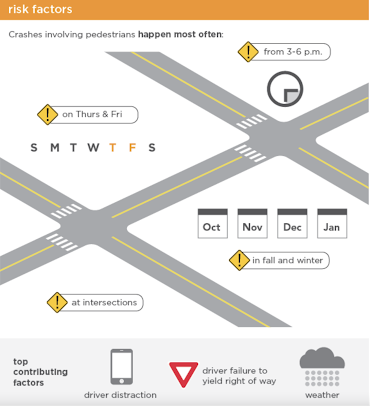 In recent years there have been some significant incidents between motorists and pedestrians, with subsequent injuries to pedestrians keeping emergency responders busy.
The majority of those took place in the heavily travelled Second Avenue West corridor between McBride and Five Corners. A stretch of the downtown core where caution is best to be considered for both motorists and pedestrians alike.
In May of this year ICBC released some specific Prince Rupert crash data identifying the ten intersections in the city where danger lurks.
Those incidents that made for note from the RCMP can be reviewed from our archive pages here.
More on Road Safety can be explored from ICBC here.
Further items related to roads across the region can be reviewed here.
Posted by . at 10:10 AM