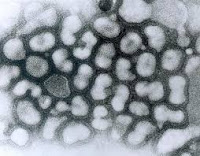 A disturbing outbreak of a virus known as H7N9 Avian Flu has British Columbia health officials on watchful alert, this after the latest bird flu related virus has claimed six lives in China.

The risk to Canadians is still considered low, however British Columbia's Provincial Health Officer Dr. Perry Kendall says health authorities in British Columbia are working with federal and international health officials to keep track of any new developments in the spread of the virus.

The outbreak of the virus has grabbed the attention of health officials outside of China owing to the nature of air travel and protocols have been put in place to keep watch at Canadian ports of entry.

Recently the Public Health Agency issued an advisory on the virus outbreak for Canadians that may be travelling to China.

Some background on the latest reports of the outbreak can be found below.