Seeking a path of priorities for City Council 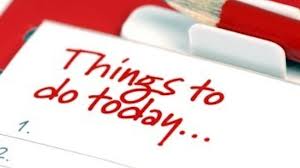 Regular followers of Prince Rupert City Council may be suffering a bit of whiplash of late, as Council bounces from an observation of potential penury, to putting together the growing list of things that need to get done in the community.

The most recent council meeting provided for the theme of looking forward it seemed, with the Mayor outlining that perhaps Council may wish to consider the creation and staffing of a Marine Laboratory (see here and here) in the community to provide for growth of the seafood industry in the community.

It seems to fall into line with another recent thought from Councillor Thorkelson, who expressed her concerns over the local fishery and what in her opinion, is a key requirement of a Cold Storage Facility in the community, a topic she recently shared with CFTK here and here as well as in the weekly paper.

In both instances, it wasn't made clear if current or future industry participants on the North Coast, may be inclined to contribute financial assistance to either of the projects mentioned in the last week or so.

The prospect of civic funding for any new ventures at this time would seem to be a curious thing, especially with the timeline of other commentaries from council over the last few months.

The latest thoughts for community infrastructure come on the heels of the Mayors famous declaration  of last week that the city could be facing bankruptcy in thirteen months over the ongoing situation at Watson Island.

A theme he expanded on at length in the wrap up to the April 8th Council meeting.

As though to reinforce the city's financial concerns at the moment, Council in recent weeks has deferred the prospect of a new detachment for the RCMP, or the construction of a new Fire Hall, owing to the financial situation the city finds itself in at this time.

Other budget related items have also been given a review in the last month, key to the nature of the city's financials of late, with local community groups finding their grants reduced and programs that they may wish to introduce  in the community, sidelined owing to the fiscal situation.

Council has also seemingly mulled the prospect of service reductions to Civic facilities in the wake of the budgetary concerns. But then in a swirl of direction, contemplate adding staff in other areas of their jurisdiction, such as the Civic Centre or local RCMP detachment. A shift in dynamic that could leave residents wondering exactly how one balances out the other.

Likewise, the City's recent introduction of the topic of Civic Expansion appears to have raised a few alarm bells with surrounding communities, with Metlakatla recently expressing their concerns over the way the City was inclined to draw its lines on the map.

You can review many of the city's trials, tribulations and talking points from our archive section.

Until the city finds a way to return to a more secure footing on the financial front, the growing list of things that they are placing on their to do list, is starting to take on the airs of potential flights of fancy.

In addition to the ongoing nature of Civic business, it seems at times that council sidetracks itself in its own meetings, by introducing issues for discussion that perhaps don't quite fit into the basic core service delivery criteria, that residents might like the city to concentrate on.

More often than not they seem to be issues of their particular interest,  things that Councillors believe the City should devote some attention and effort towards.

Whether they have a valid point upon introducing the topic never seems to get discussed, rather council weighs in for the most part in agreement with whoever is providing the fodder for discussion at the time.

Regardless of the fate of all of their plans or wishes, for the moment Rupertites might be getting a little confused from all the mixed messaging from Council chambers over projects that may, or may not be high on the priority list. What we can or can't afford and what they should, or should not be introducing for discussion.

Considering the staffing situation at Council and the need to replace not only a City Manager but also the need to now find a new Chief Financial Officer, Council perhaps may wish to concentrate on the more pressing of issues on their desks, rather than adding more to the ever growing pile.

Residents observing events over the last little while may perhaps be wondering if Council shouldn't shorten their list of concerns for the moment, seeking to work only on those that are immediate and may actually be provide for a working resolution.
Posted by . at 2:49 PM