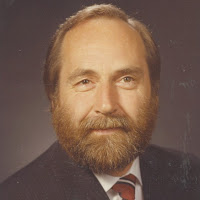 Graham Lea, a name well known across the North Coast and in British Columbia politics has passed away at the age of 79. His passing having taken place on April 3rd in Victoria, with a celebration of his life held in Colwood on Sunday.

Mr. Lea had a rather diverse working life, first as a worker at a smelter in Trail, then as a former Royal Canadian Air Force mechanic. He was once a Broadcaster with the CBC and in his post political year  a champion of the trucking industry.

But he no doubt was known on the North Coast for his time on the political stage. Part of the bare knuckle era of party politics in the province.

Elected to the Legislature in Victoria from 1972 through to 1986, which placed him firmly in the mix of one of the most colourful of periods in recent British Columbia political history. 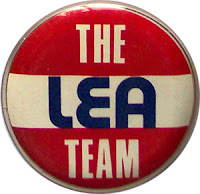 As a member of Dave Barrett's cabinet he served as the Minister of Highways in the NDP government of the day.

His time with the NDP also included a shot at party leadership following the Barret years, as Lea ran for the leadership of the party in 1984, a leadership convention that eventually selected Bob Skelly.

An interesting review of that NDP leadership race can be found here.

Following that unsuccessful bid, Mr. Lea later sat as an Independent/United/Conservative MLA in Victoria for a short period of time, something that proved to be a rather controversial thing both in Victoria and on the North Coast.

A small retrospective of his time in Victoria can be found in this 1997 piece from Hubert Beyer.

Mr. Lea for the most part settled in the Victoria region until the time of his passing.

An obituary piece appeared in the Victoria Times Colonist, an obituary item also appeared on the Legacy.com website. That site also features a number of remembrances that call to his time in Prince Rupert.

Locally the  Northern Connector had this larger overview in the Obituary notices from the weekend. (e edition page 19)

(photo above from Times Colonist item)
Posted by . at 8:05 AM