Concerns over the management of employee health and benefits by the province's Health Care Benefit Trust, has brought a number of current and former social service providers to court this past week.

The owner of Fairview Management Services, the former social services provider on the North Coast has  partnered with social service agencies in Victoria and Kelowna, in filing suit in British Columbia Supreme Court lawsuit over allegations of the Government's mismanagement of employee health and welfare benefits. 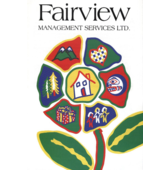 The latest development from Fairview and the two other Management groups is part of a combined effort from 50 different organizations that have united to fight the province and the trustees of the Healthcare Benefit Trust.

Fairview Management used to provide services to people with developmental disabilities in Prince Rupert until last year, when it suddenly was replaced by a new contract holder.

The Victoria Times Colonist has details on the court filing and some of the background behind the lawsuit.

Update: The Northern View examined the closure of Fairview Management with an extensive article in their July 3rd edition.

Email ThisBlogThis!Share to TwitterShare to FacebookShare to Pinterest
Labels: April 2013, Former Social Services provider joins in on lawsuit against BC Gov't