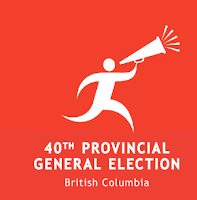 While it may seem as though the Provincial Election campaign has been going on for a while now, in reality it is but one week old, with three declared candidates currently seeking your approval and the chance to take a seat at the Legislature in Victoria.

For those that may still have thoughts of a political campaign this Spring, the timeline for entry into the 2013 campaign is drawing close to the end however. As would be candidates for this election have until Friday to place their name on the ballot for voting.

Elections BC advises that the deadline to place your name into nomination is Friday, April 26th at 1 PM.

Potential North Coast candidates require 75 eligible voters to place their name in nomination by writing and hopefuls can access more information on the process and a variety of links for information kits from the Elections BC Nomination site here.

At the moment, the three declared candidates for the May 14th election are Jennifer Rice of the NDP, Judy Fraser of the BC Liberals and Hondo Arendt of the Green Party.

Earlier this year there was a desire of some in the community to see Prince Rupert District Teachers Union head Joanna Larson take a run at the election campaign as an Independent, but that movement seems to have run out of steam as the actual election process began to go into motion.

Should Ms. Larson, or any other aspirant to public office have plans, the clock is now officially ticking.

You can review up to date developments on the local campaigns from our Election Desk archives here.

Email ThisBlogThis!Share to TwitterShare to FacebookShare to Pinterest
Labels: Nominations for May election close on Friday April 26th