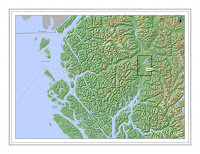 David Black, the British Columbia newspaper owner and would be oil refinery developer has advanced his quest to keep the discussion on the Kitimat Clean Oil Refinery plan moving forward,  outlining his points of interest on the project through the National Post newspaper and website.

As part of his submitted review, he recounts his recent discussions with the Industrial and Commercial Bank of China, which has signed a Memorandum of Understanding to finance the estimated 15 billion dollar facility near Kitimat.

With the financials explained, Mr. Black then looks to the operational phase of his project and what kind of output it may provide for and the impact that he believes the facility will have not only on Kitimat but on the province and the nation.

He wraps up his talking points on the proposal with a call for Canadians to embrace the idea of his project, in particular he looks to British Columbians to give some thought to his plan and how it could make Canada an energy leader.

Included in that call to action are the candidates in this provincial election, who he asks to put aside any partisan concerns and look at what he calls the virtues of the project.

You can review the entire presentation from the National Post here.

More information and background on the Kitimat Clean proposal and some of the reaction towards it, can be found on our Archive page.
Posted by . at 7:32 AM

Email ThisBlogThis!Share to TwitterShare to FacebookShare to Pinterest
Labels: David Black takes his Kitimat Clean case to the National Post