Ministry of Highways activates traffic lights at 9th and McBride 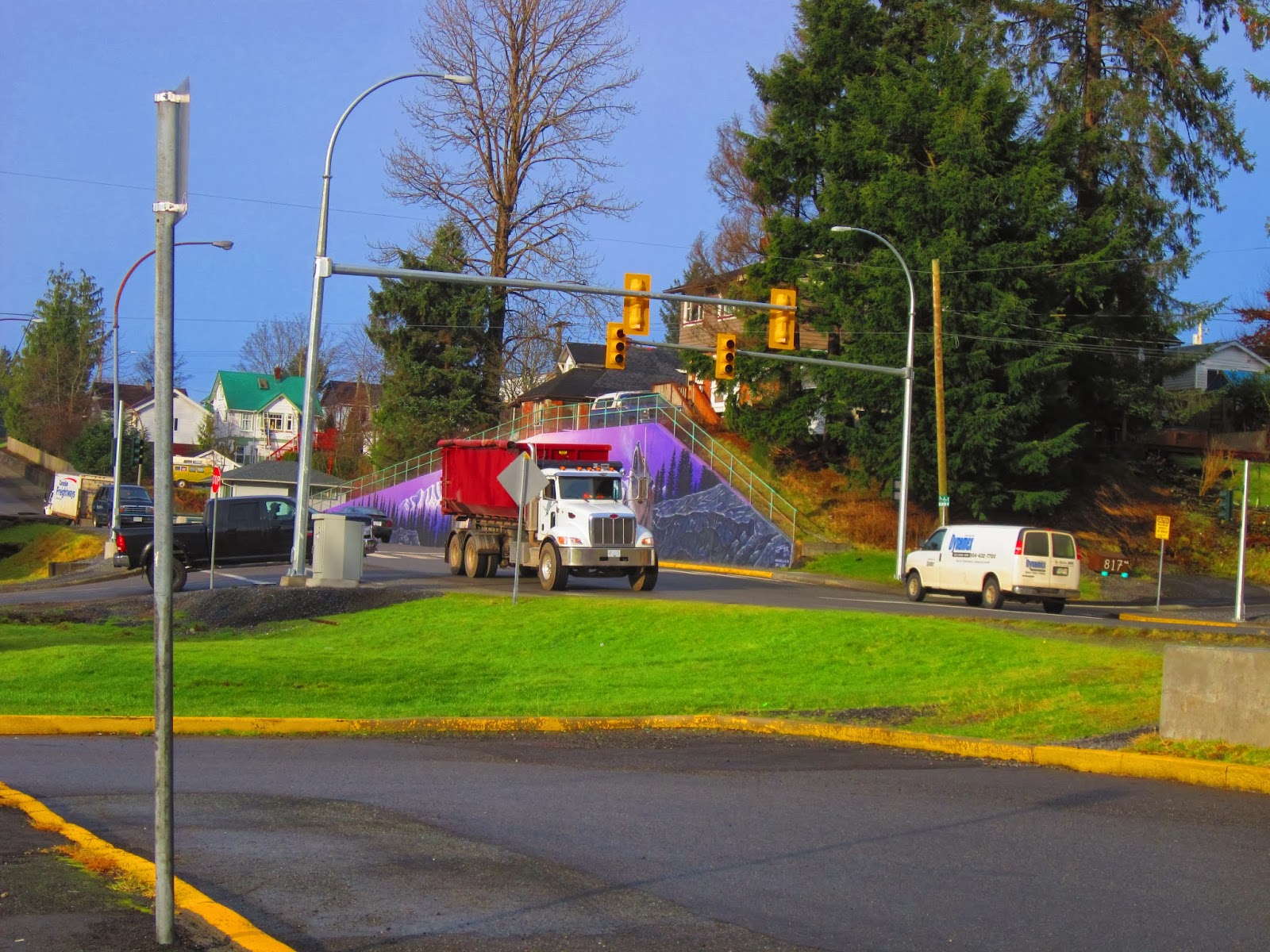 The much delayed debut of a new traffic control device on McBride Street has finally taken place, with the Ministry of Transportation and Highways activating the traffic lights at McBride and 9th Street.

The project was first announced in 2013 and was supposed to be up and running to be timed to the start of the school year, however a few delays put the project further down the completion list until this week.

The lights which began to go up prior to Christmas received their finishing touches last week, with this week the first week  that the pedestrian controlled lights have been in operation.

activated by those wishing to cross the intersection at 9th, the installation was in answer to concerns of parents who have children attending Prince Rupert Middle School on 9th Avenue West.

As part of the project, the Speed indication sign which was located close to 9th Avenue has now been relocated to the McDonald's side of the Hays Creek Bridge, it advises traffic coming into town as to their speed with a warning that they are entering a 50 km/h zone.

You can review the background on the story from this item from August on the blog,  for more items on School District 52 issues consult our archive page.

You can also find other items related to developments along the Highway 16 corridor from our Transportation archive page.
Posted by . at 2:30 PM

Email ThisBlogThis!Share to TwitterShare to FacebookShare to Pinterest
Labels: January 2014, Ministry of Transportation and Highways debuts traffic light at 9th and McBride