Some of the continuing fallout of labour turmoil at Northern Health last year has found a bit of resolution as the new year starts up.

The quest of PPWC Local 5 to raid members of the IUOE  Local 882 at Prince Rupert Hospital was turned down by the British Columbia Labour Relations Board, which released a judgment on January 9th delivering its verdict into the labour battle between unions.

The PPWC had previously applied  under Section 19 of the Labour Relations Code, to take on representation of maintenance employees employed by Northern Health at Prince Rupert Hospital. 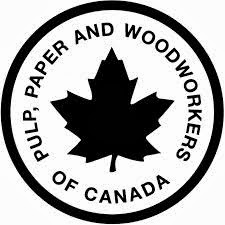 During the process of that application, Northern Health had offered up their support for the PPWC application.

The background to the takeover bid by the PPWC recounted a fair amount of history over the recent labour issues at the Prince Rupert Hospital.

The genesis of the battle between the two unions seems to have evolved from the events following the decision of Northern Health to decommission the steam boiler at the Hospital in 2011 and eliminate positions attached to it.

A process that eventually was ruled an unfair labour practice, with a number of remedies imposed on Northern Health at the time of that judgement.

Other notes on that dispute can be found below:

It's the nature of the past personnel issues and the make up of the current status of maintenance workers and power engineers, that  formed the backdrop to attempt to change union affiliation for positions at the Prince Rupert Hospital.

In the lead up to the conclusion to the nine page report, Vice-Chair Richard Longpre outlined some of the past Decisions of the Board involving Northern Health and the IUOE and the impact that those decisions had in their determination.

Towards the end of the report, the Labour Board advised that it had determined that the PPWC did not have majority support for application under Section 19 of the Code for a unit of eight employees.

From that analysis the PPWC application was deemed to lack the threshold of support and was dismissed.

The full review of the nine pages of testimony and decision can be found here.
Posted by . at 8:34 AM