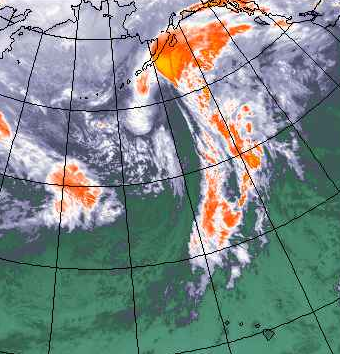 Environment Canada issued a pair of Weather Warnings for the North Coast on Monday morning, advising of an oncoming Pacific Weather system that will bring strong winds and heavy rain to the region starting tonight and carrying on into Tuesday.

The strong frontal system will bring sub-tropical moisture onshore this evening with heavy rain persisting into the Overnight house of Tuesday.

Coastal areas could see rainfall amounts of 100 to 120 mm, while inland amounts could reach as high as the 80 mm range.

With that anticipated rainfall, the BC Rivers Forecast Centre has issued a High Stream Advisory for the North Coast. (Update: Advisory was ended on January 15)

Exposed coastal sections will see increasing southerly winds through Tuesday and into the evening at times exceeding 90 km/h.

The full weather statement can be found here. A weather warning has also been issued for Haida Gwaii which you can review here. 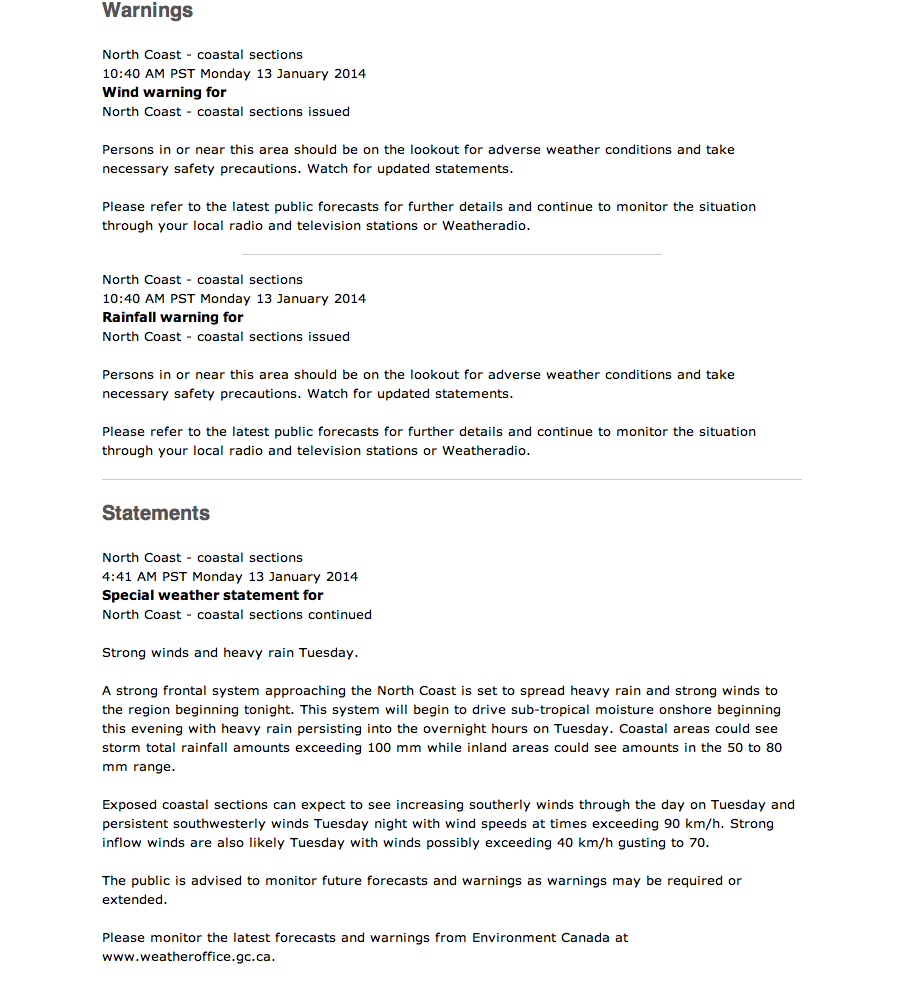 In addition to the Rain, Wind and High Streamflow advisories of the day, the Canadian Avalanche Centre issued an Avalanche Advisory for backcountry areas of the North Coast and Inland regions.

Check the Environment Canada website for updates on the approaching weather system.