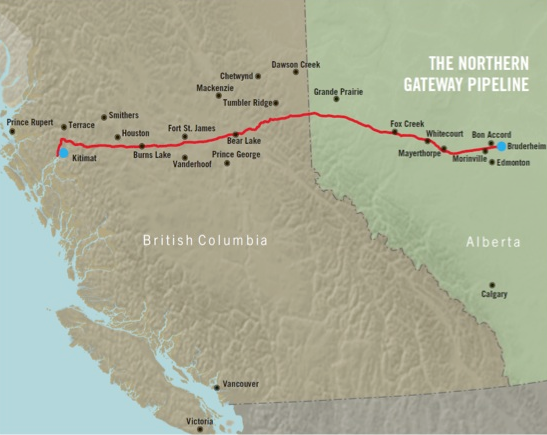 We imagine, that if Nathan Cullen, the NDP MP for Skeena-Bulkley Valley was the type to break out in song, his musical number of choice regarding the release date of a recent Federal study into bitumen and its impact on the ocean environment would be, "That don't impress me much".

Cullen weighed in with some thoughts upon the release of a Federal Government Study on the behaviour of diluted bitumen, suggesting that at least two of the Panel's conditions may now already be outdated.

In particular he calls into question the required amount of "spill insurance" that the Panel has recommended, suggesting that the suggested requirement of 950 million dollars in insurance monies is inadequate. Pointing towards an Enbridge incident in Kalamazoo, Michigan, which at last count had surpassed the $1 billion dollar mark and continues on with remediation work three years after the incident

He also had harsh words for the nature of the bitumen study recently released, calling the timing of its release suspect, after the JRP panel gave its conditional approval to the project, as something to be highly
suspect of.

The  85 page Report compiled by a trio of Federal Agencies was completed in November of 2013, but its contents were not released to the public until earlier this month, you can review its findings here.

The conclusions to the report can be found from pages 73 to 75.

The main focus and general takeaway from the report being that Diluted Bitumen, sinks in salt water when it is exposed to ocean waves and accumulating sediment.

But when that sediment is not part of its composite the bitumen floats, even after it is exposed to light and evaporation.

The study also casts doubts on the ability of dispersal chemicals to have much of an effect on the diluted bitumen. Which would seem to suggest that better methods of environmental clean up may be required for coastal waters of the province.

The authors of the study did recommend that further study needs to be conducted into aspects of the reaction of bitumen in the marine environment.

The focus of much of the discussion on bitumen of late has been the ability to clean up any potential spills that may take place off of coastal British Columbia, with the main theory being that any required clean up would be made much harder should the bitumen sink to the bottom of the ocean.

Mr. Cullen provided his talking points on the report and other Gateway panel observations through a  media release posted to his Skeena-Bulkley Valley riding website.

The Joint Review panel announced its approval of the Northern Gateway Project in December of 2013, however the panelists did outline 209 conditions to be met by proponents of the project, included in those conditions, the need for more research into the interaction of bitumen and the ocean environment (section 6.5 of the JRP report page 99).

Further background on the Bitumen study can be found below:

We have more items of interest on the Northern Gateway project on our archive page.
Posted by . at 2:01 PM