Minor Hockey Week in BC salutes being a teammate 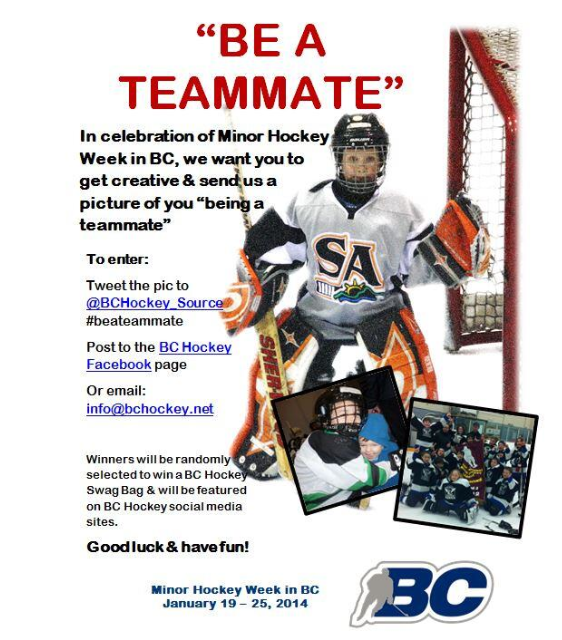 The week of celebration of Canada's winter past time was launched on Saturday with the CBC's day and night long Hockey Day in Canada, the spirit of the celebration spreading to arenas from coast to coast to coast.

And as the week continues, BC Hockey is looking for photo submissions from across the province, celebrating the concept of being a good teammate and showcasing examples of it on the ice.

The photo competition continues until January 25th, after the close of submissions BC Hockey will select a number of winners to receive a variety of prizes, photos will be featured on both the BC Hockey Facebook page and twitter feed

Local residents can take in some of the atmosphere of Minor Hockey Week by dropping down to the Jim Ciccone Civic Centre to sit in on a game or a practice, for the full mom or dad effect pick up a cup of coffee and a early morning practice.

Past items on Minor Hockey in the Northwest can be found on our archive page
Posted by . at 9:32 AM