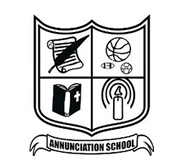 A ten hour road trip provided little in the way of an obstacle for students of Annunciation School.

With two teams of soccer players from the Prince Rupert Catholic Independent School showing great energy as they took on the competition of the Terry Wilson Memorial Cup in Prince George.

The two Annunciation squads made up of Grade 6 and 7 students finished the Prince George tournament last week in fine style, with the Annunciation Knights claiming the title in a 2-1 victory over the St. Ann's Academy Crusaders.

The second squad from Annunciation had a good run of the event as well,  finishing in second place of the B side of the tournament, losing a 6-2 final match up against Prince George's Immaculate Conception.

The Terry Wilson Memorial Tournament was created in 2011, designed to celebrate the life and work of a long time fixture in Prince George youth soccer.

Mr. Wilson passed away in 2010 and the Prince George diocese put together the tournament in his name. Since its debut in 2011 participation in the tournament has grown in large numbers.

This year, 20 co-ed teams participated in the tournament, with 225 players from Catholic Independent schools across Northern British Columbia taking to the soccer field on May 30th.

This was the first year that the Annunciation teams participated in the popular tournament.

Like all of the out of town students, those from Annunciation slept on the floor of a Prince George school. When they weren't on the pitch, organizers kept the Grade 6 and 7 students busy with a full range of activities.

Some background on the tournament can be found here

Both the Prince George Citizen and television station CKPG provided reviews of the May 30th event, which you can look over below: