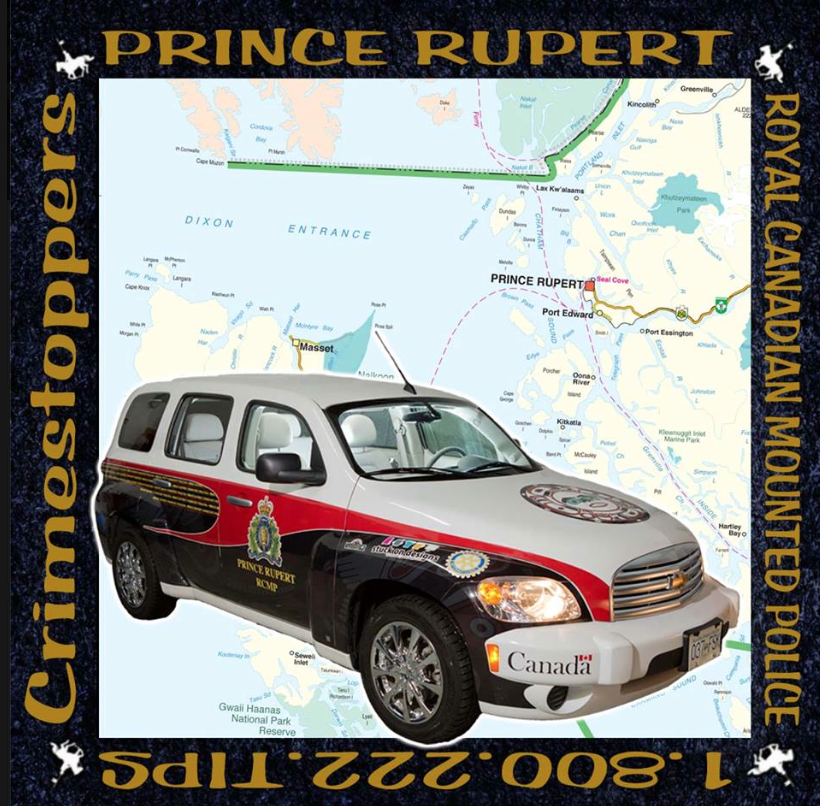 Accessing information and news about the Prince Rupert Crimestoppers organization is going to be an easy to discover and enjoyable experience now, with the debut of a new Facebook page dedicated to the work of local group.

Launched this week, it is still a bit of a work in progress, but already features a number of photos and some background information on what the volunteer based group is all about.

One item of note just posted to the page is the just announced partnership between Prince Rupert Crimestoppers and the Police/Fire Museum, which will see the two groups working together on the restoration  of the 1947 Mercury Police car that the Museum is in possession of.  Originally in use during the days of the BC Provincial Police, the police version is the  last of its kind in the Province.

The restoration process on the car will continue through the summer and into the fall, with hopes to have the work completed by that time.

Once it has been restored, the vehicle will be put back into service with the current Prince Rupert Detachment.

You can learn more about that project as well as further information on the local Crimestoppers organization from this link to their page.

Those that wish to join the organization can pick up an application form at the local detachment of the RCMP on Sixth Avenue West.
Posted by . at 10:14 AM