Federal NDP household mailers under the microscope at Parliament Hill 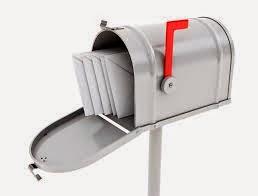 The bounty of postage free household mailers that residents  receive from their MP's has suddenly become a bit of a controversial publication list and one that is heating up the dialogue in Ottawa these days.

The recent controversy has flared up as the Board of Internal Economy conducted a recent review of some NDP mailings of the fall.

The governing body of Parliament Hill which oversees the House of
Commons reviewed the procedures in place surrounding the NDP's use of free mailings of the fall, during Federal by-elections.

An investigation that the NDP is more than a little annoyed over.

NDP Spending to Be Condemned in Blistering New Report
NDP may have to repay House for mass mailouts
Impartial officials found NDP mailouts broke rules, documents show
NDP might be on hook for millions over mailouts to riding's
NDP may be forced to pay back millions in tax dollars after 'kangaroo court' decides MP's didn't follow rules
In seeking a loophole for NDP mailing scheme, Thomas Mulcair is channeling Mike Duffy and Stephen Harper
Speaker denies approving tax dollars for party mailings...

And while that investigation is related to a specific incident and time frame, it does raise the larger issue of whether the mailouts should remain postage free and if they are even required in this era of electronic  communications.

Bulkley Valley-Skeena NDP MP Nathan Cullen offered up some background on the current controversy through this item from a Smithers radio station.

Residents of Bulkley Valley-Skeena are no doubt rather familiar with the visual of the household mailers, a popular method that is used by Mr. Cullen to deliver discussion points on a wide range of issues for the Northwest.

In recent months the MP has sent out information sheets on such things as his Renewal Northwest initiatives, or his report on the need for a Social Licence for resource development in the region to name a few.

The subject of the household mailers is also part of the ongoing debate over Canada Post and that organization's need for a better revenue stream and ability to rein in costs.

At the same time as the mail service increases the cost of postage for Canadians and continues on with plans for service cutbacks, the free postage program remains widely used by MPs.

That program allows for up to four flyers to be sent to constituents free of charge over the course of the year, for those MP's that want to send mailers on a more frequent basis  a deep discount rate is available for their use. 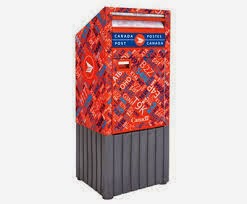 During the discussion on Canada Post issues over the last few months, no one on Parliament Hill has apparently floated the idea of eliminating the free postage provisions, or increasing the rates on the "deep discount" provided for their constituent bound mailings.

Part of the free postage provisions for MP's include the opportunity for residents to write letters to their MP and Government officials free of charge, a process which handy, is one that most likely isn't used very much in an era of electronic communication by way of email, twitter and other forums.

Should MP's wish to continue with the process of home delivered mailings, perhaps their individual parties should pick up the tab for the cost of the publication and distribution process.

Much of the material delivered to homes through those mailers is also available through many MP's websites, including that of Mr. Cullen.

A point of access that leaves one to wonder if the need for costly printing and delivery of the home mailers is really a necessary part of the dialogue between MP and constituent anymore.

You can review more on developments related to the work of the MP for the Northwest from our archive page.

Email ThisBlogThis!Share to TwitterShare to FacebookShare to Pinterest
Labels: June 2014, MP mailers under the microscope