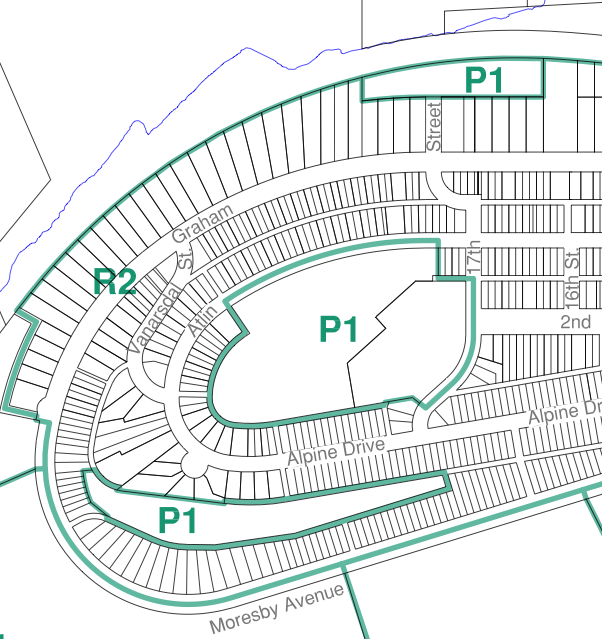 A pair of parcels of land on the city's westside that appear to offer a glimpse into the nature of the development of Prince Rupert in the 1950's, made for much conversation last Monday evening at City Hall.

The land in the Westview area, was up for discussion after a request from residents of the west side subdivision to have the two parcels in question placed in a covenant that would make their future development in line with the current nature of the neighbourhood.

Land use issues around the Westview area popped up on Council's radar last fall, as a proposed condominium development on that side of town went down to defeat after local residents expressed a number of concerns over it.

That appears to be the start of engagement between area residents and the City, with the residents seeking to have the city make the proper moves to secure the parcels in question to reflect the wish of the residents of that side of the city.

As City Manager Robert Long outlined for council the land in question had been sub-divided and through the passage of time, land covenants that were  in place on other properties of the area, have not put been enshrined for the two parcels of concern.

Monday's discussion reviewed some of that confusing history, including a reminder of a comprehensive study regarding the land and issues of usage surrounding it.  That study had previously been  provided by Mr. Bill Horne, the now retired General Manager of Engineering, Public Works and Development Services

As Council reviewed the issue and the discussion expanded regarding it, a split in how to proceed clearly began to develop.

With the Mayor and Councillor Garon supporting tabling of the motion until city staff could provide an updated report for Council to consider. The Mayor going so far as to advise Council that the City Manager should be tasked to investigate the issue further and seek a legal opinion if necessary.

That seemed to spark Councillor Thorkelson to action, as she took the point on the conversation to advise that they already had Mr. Horne's comprehensive report and that should be all that they require to move the process along.

As she continued to make her argument, she apparently won over Councillor Ashley, who originally had been in favour of further study previously agreeing with the Mayor that consultation would also be required with the School District, which still controls land around the Westview parcels.

However, following Councillor Thorkelson's lengthy outline of the situation as she understood it, Councillor Ashley changed her direction on the issue.

She then cast her vote, along with Councillors Kinney and Cunningham as well as with Councillor Thorkelson to pass the motion to put land covenants in place on the lots in question.

By that vote, all four council members clearly decided not to take the Mayor's counsel on the issue of the need for further study and to engage city staff to seek out clarification on some of the background of the land.

Following the vote, Mayor Mussallem called attention to that split, speaking to his and Councillor Garon's objections to the motion, focused on a procedural basis regarding it.  Highlighting on the night,  a bit of friction between some of the Councillors on the topic, with the Mayor at times appearing frustrated as to the nature of the discussion.

You can review the full debate from the City's Video Archive, it starts at the 1 one hour twenty five minute mark and carries through until the 1 hour 46 minute mark.

For more items on issues of note from Prince Rupert City Council see our archive page.
Posted by . at 9:35 AM