Labour talks between Seaspan Marine and unions representing its fleet of tugboat operators are progressing at a rather slow pace, with the prospect of labour action recently added to the negotiations in Vancouver.

Union representatives for the tugboat operators, which are represented by ILWU Local 400 highlighted what they called a confrontational approach to the talks by the employer as an unnecessary measure in the current negotiations.

The ILWU represents deckhands and cooks on the tugboats, and has called a strike vote for Tuesday, in a response to changes by the employer to the contract which expired in September of 2013.

In addition to the labour dispute with the ILWU, Seaspan is also facing labour troubles with the Western chapter of the Canadian Merchant Service Guild, which represents tug captains and engineers
at Seaspan. 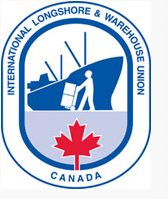 They too have called a strike vote for Wednesday evening, with many of the same concerns to be discussed at that strike vote session.

Should the strike vote lead to an actual labour stoppage, marine traffic at ports up and down the coast would be affected. Seaspan provides tugboat service for the coal and container facilities in British Columbia, mainly in the Greater Vancouver area.

Removing their tug boats from their duties would have an impact on many aspects of trade through the province's port facilities. Affecting shipping schedules and wait times up and down the coast.

More on the percolating dispute can be found below:

Email ThisBlogThis!Share to TwitterShare to FacebookShare to Pinterest
Labels: Potential tugboat strike in BC