As part of their ongoing engagement on issues of LNG development, the environmental watchdog group the Northwest Institute has delivered another in a series of householder updates across the Northwest.

The Spring edition of their work calls attention to their concerns over Terminal development on the North Coast, in particular they focus on the proposed Pacific Northwest LNG project for Lelu Island.

Among their concerns, the location of the terminal on the Skeena estuary and the volume of dredging that will be required should the project move forward.

They also call into question some of the forecasts on job creation and the impact that temporary workers   from outside the region may have on the community during any construction phase.

Their final point involves their concerns over LNG development and air pollution in the region, particularly in the Terrace-Kitimat region which they observe is already facing an increase in air emissions owing to the Alcan Modernization project.

They offer up the opinion, that adding pollution from LNG plants could saturate that air shed making it unhealthy for human health.

The household mailers provide more or less a snapshot of what they want to deliver to Northwest residents, more detailed background on their talking points can be found on their LNG issues website.

They also have taken to social media with a facebook page designed to increase awareness of their campaign.

You can review the household mailer delivered last week from the items listed below. 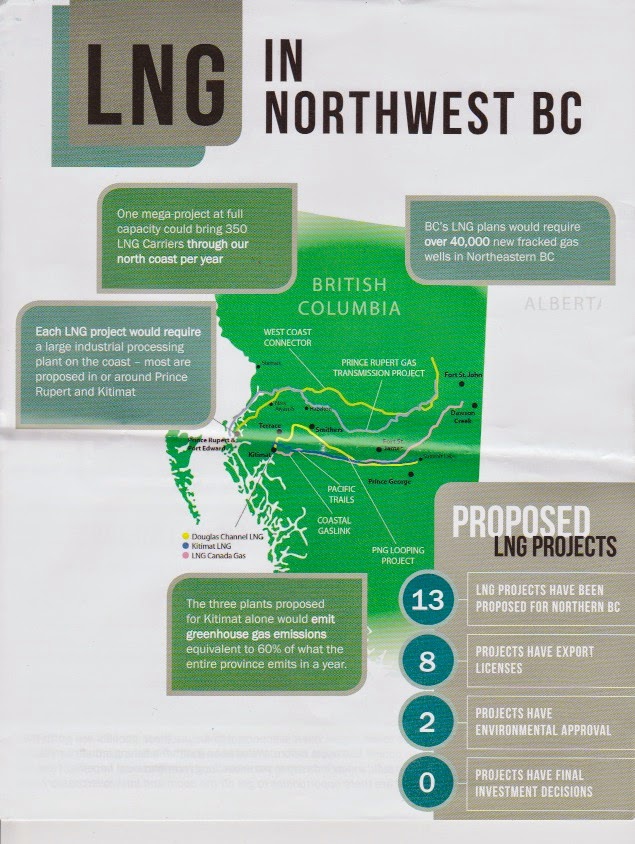 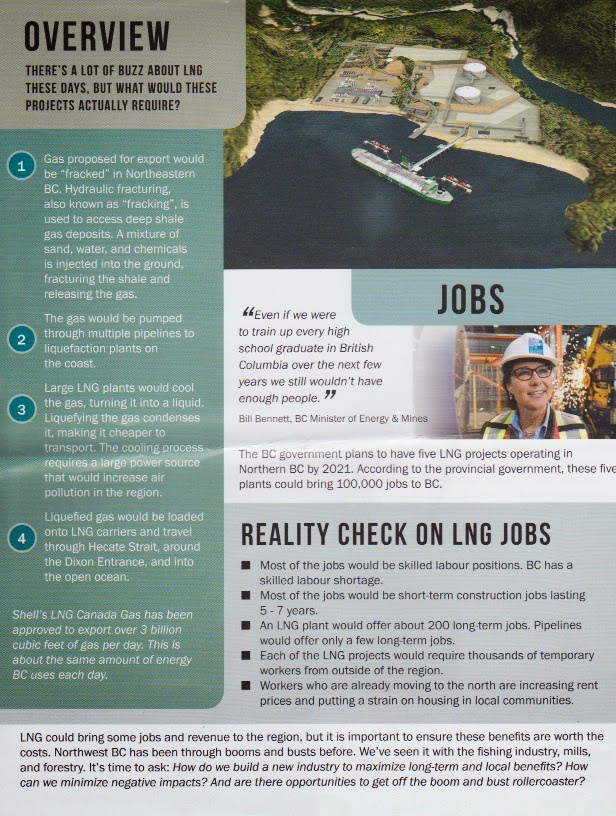 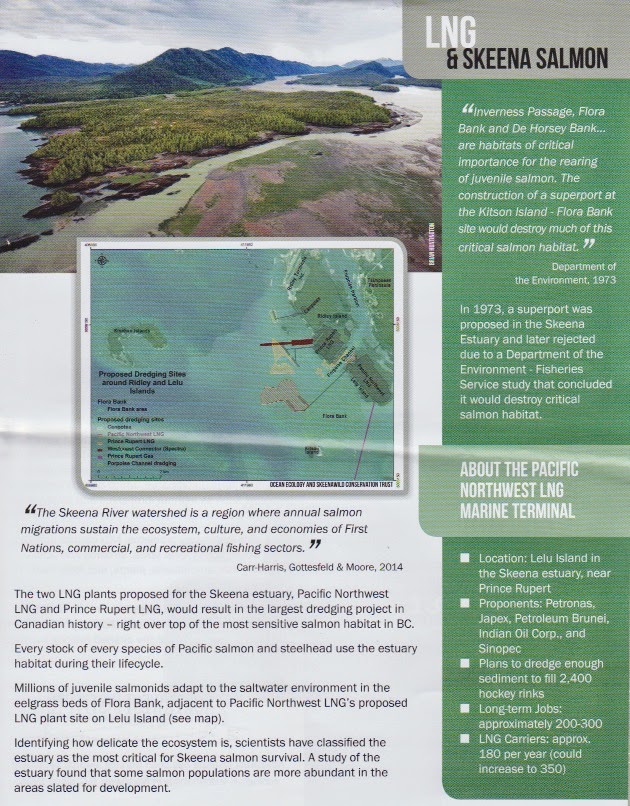 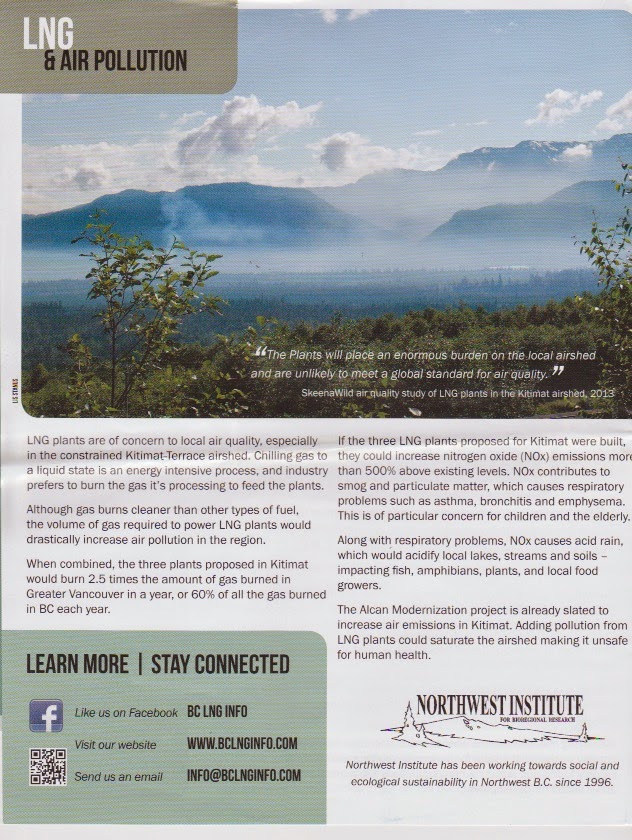 And while they did make mention of a number of LNG proposals in the region, they clearly went to press before the City of Prince Rupert's most recent announcement on LNG development.

As Council outlined in May they making moves to designate land along Tuck Inlet for further LNG development, with Exxon/Mobil the prospective LNG terminal operators.

Considering that location's proximity to the city's watershed, we imagine at some point the Tuck Island inlet proposal will also be a featured item on future mailings and website offerings from the Northwest Institute.

We have a full overview of LNG development items and issues on the North Coast on our archive page.