The topic of social and supportive housing has become a frequent theme of Prince Rupert City Council meetings in recent months, with Councillor Joy Thorkelson spearheading the move to address concerns around the community.

Monday night, she took those concerns to Council once again, with the councillor recounting some of the items of note that she has relayed to Council in past sessions, including the lack of supportive housing for those with addictions and other life challenges.

Towards relieving some of those stresses on supportive housing, Councillor Thorkelson outlined some background on how Vancouver is approaching those issues, working with Vancouver Coastal Health to address the same issues in the lower mainland.

That is a framework that the Councillor believes could work for Prince Rupert, with Northern Health perhaps to be involved in seeking solutions to similar issues in the Prince Rupert area. 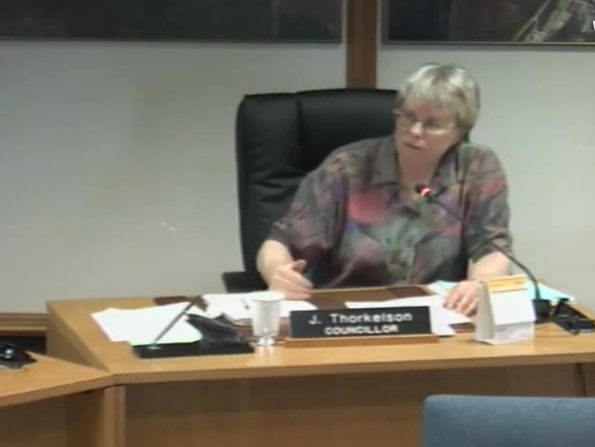 She also called attention to the need for improved low cost and social housing for those that are caught in the upward spiral of rental accommodations in the city.

As well, she suggested that City Council seek out a report from staff and give some thought to creating a local Housing Committee, which would be tasked to explore the needs for improved access to housing further and come up some form of guidance for the community as to how to address the issues.

On the theme of land use in the community, the Mayor advised that Council may wish to wait until the City Planner delivers his report on the scope of land allocation in the community, a report that is due to be presented in July.

Councillor Garon echoed the Mayors thoughts on the issue,  while Councillor Ashley suggested that as they wait for that report, that council begin to give some thought as to  who they would like to see involved in those discussions at a committee level and to consider what approach to take to the issue.

Councillor Cunningham brought up the prospect of inviting BC Housing representatives back to Council to explore the situation further, he also inquired as to whether the City could hand over land zoned as P1 and P2 to non profit housing groups.

That suggestion was something that the Mayor said that staff could investigate further and could be a theme that Council could consider in future sessions.

Councillor Thorkelson stayed with her preference for more immediate action, suggesting that the report while helpful for background on housing stock, would not take on the issues of access to the various levels of housing under discussion.

She outlined more thoughts on the need for supportive housing and improved social housing in the community, highlighting her observations on a growing homeless situation in the city.

In the short term, Council will forward a letter of concern on the issue from the Community to Community Forum, directing that it be sent to the appropriate government agencies as well as to Northern Health.

Council also voted to add Social and supportive housing issues to their list of proposed discussion points for the fall session of the UBCM in Whistler.

You can review the full scope of the Housing discussion from the Council Video Archive page, it starts at the 1 hour 33 minute mark and continues on for twelve minutes or so.

For more items on Housing in the community see our archive page.

We have more Council Coverage available from our Council Discussion archive page.