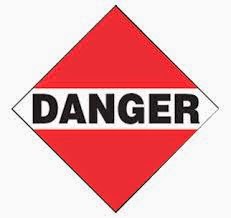 The topic was raised by way of discussion from Councillor Joy Thorkelson, who introduced the issue at Monday's council session.

As she introduced the theme, she outlined how she was seeking some knowledge on whether there is any legislation in place to require disclosure of dangerous goods on city roads. 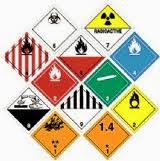 She also called attention to some concerns regarding both rail traffic coming into the city and the prospect of dangerous goods travelling through the city to and from the container port.

Highlighting a concern that she was made aware of in relation to a recent transit of trucks that were observed carrying some form of wax substance.

She observed that should there have been an accident emergency officials would not have had much information on the nature of that
cargo.

The Mayor tasked the City Manager to seek out further information on the issue from the Emergency Services coordinator in the community.

You can review councils discussion on the topic from the Council Video Archive page, the topic starts up at the1 hour thirty minute mark.

We have notes on other developments at City Council available on our archive page.
Posted by . at 9:56 AM

Email ThisBlogThis!Share to TwitterShare to FacebookShare to Pinterest
Labels: Dangerous Goods transit through the city, June 2014