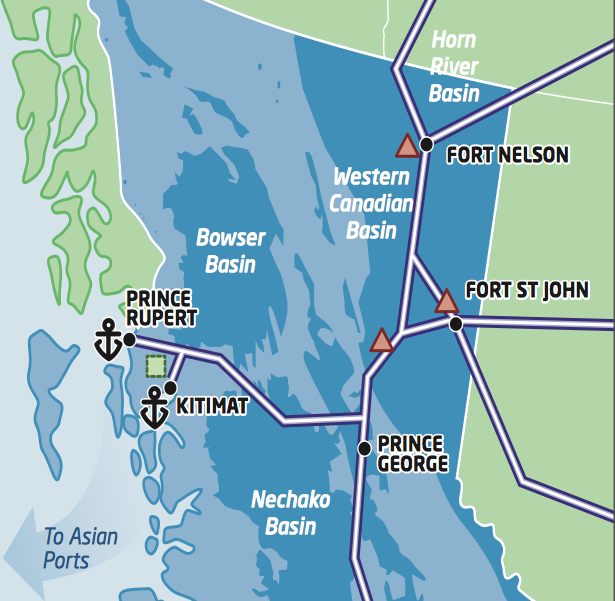 For those that had concerns that the Province may shift the focus of any potential LNG pipelines towards oil or diluted bitumen, an announcement from yesterday should serve to provide a bit of reassurance on the theme of future use of Pipeline proposals in the Northwest.

As part of a commitment made by the Province which started early last year, new regulations will be applied under the Oil and Gas Activities Act that will prohibit the BC Oil and Gas Commission from permitting any conversion of a natural gas pipeline supplying an LNG facility.

Six Pipeline Projects are subject to the regulations announced on Tuesday, two of which will serve Prince Rupert and three that are destined to support the LNG terminal developments in Kitimat:

More pipelines could be added to the listings in the future.

John Rustad, the Minister of Aboriginal Affairs and Reconciliation addressed the issue as part of Tuesday's announcement:

“Many First Nations want to work with the Province and proponents on major natural gas pipeline developments, but some have strong and differing views about oil or diluted bitumen pipelines. A regulation prohibiting the automatic conversion of natural gas pipelines for these purposes goes a long way to address the concerns we have heard.”

At this moment there currently is more than 40,000 kilometres of regulated pipelines operating in British Columbia, a number that is destined to increase significantly should even a few of the 18 LNG  proposals currently in place move forward.

You can learn more about Tuesday's announcement from this media release from the Provincial Government,
Posted by . at 8:17 AM

Email ThisBlogThis!Share to TwitterShare to FacebookShare to Pinterest
Labels: January 2015, Pipeline regulation announcement regarding prohibition of change to oil or bitumen