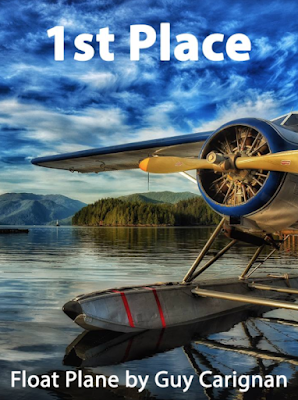 The voting has come to an end, and the people have spoken, selecting Guy Carignan's photo of a familiar north coast vista as their choice for CityWest's phone book cover competition.

The top finishing photo features a sea plane at dock at Seal Cove, with Tuck inlet in the background.

Joel Brown's sunset photo of the Mariner of Mariner's Park was the runner up. 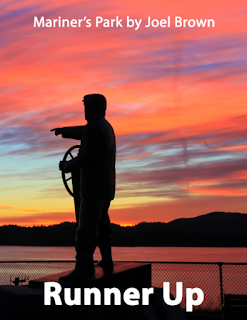 As we took note of at the end of August, CityWest had narrowed the list of potential covers to ten submissions provided for voters to choose from during the voting process which end on September 4th.

Picking the one cover that residents believed best represented the North Coast was not an easy job, with ten spectacular vistas to review before logging on to place their votes.

In the end, it was Mr. Carignan's photo, which almost appears to have a water colour painting ambience that attracted the most attention and ballots. 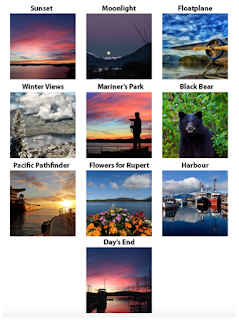 The Grand revelation was offered up through CityWest's Facebook page yesterday.

The print run for CityWest will see the annual delivery of the phone books to Prince Rupert residences set for the end of the year.

For more items related to communications on the North Coast see our archive pages here.
Posted by . at 9:08 AM