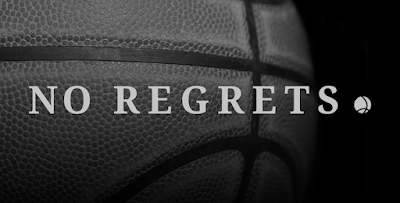 With a couple of wins under their belt from weekend play in Terrace, Mel and Ryan Bishop will be taking the Charles Hays Senior Boys Basketball team on the road this week, heading to Vancouver's North Shore and the high profile No Regrets Tournament set to take place from Thursday through to Saturday.

The Rainmakers will be up against some of the top high school teams from Vancouver and around the province and also playing in front of the watchful eye of the Lower mainland media which follows basketball with a passion.

The tournament has provided for a strong launching pad for basketball players with post secondary ambitions, with Charles Hays Justin McChesney gaining significant attention from his 2015 appearance at the tournament, where he claimed a number of records from the three days of play.

The tournament is hosted by the Quinn Keast Foundation and features a sixteen team Boys bracket and an eight team Girls bracket.

Some background on the tournament can be found here.

For the Charles Hays Boys this years competition includes the potential for another showdown with their northwest rivals of Caledonia, as well as a range of teams from the Vancouver area and beyond, among those teams competing in the 2017 tournament are: 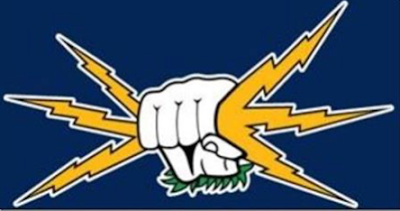 The Rainmakers open up their No Regrets experience on Thursday evening at the Collingwood School Main Gymnasium, when they take on West Vancouver Secondary School at 5:45 PM

As the tournament moves forward we'll keep track of the Rainmakers progress towards the Saturday evening Showcase Finale.

For more items of interest about the Rainmakers and other Northwest High School teams see our archive page here. 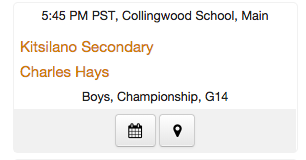 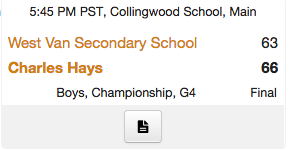 Email ThisBlogThis!Share to TwitterShare to FacebookShare to Pinterest
Labels: Sr Boys Rainmakers head to No Regrets Tourney this week