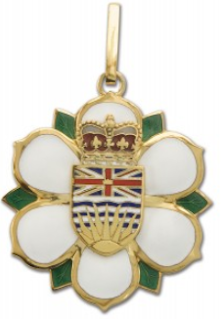 It offers an opportunity for residents of the Province to submit the name of someone they believe is worthy of joining the other 418 British Columbians that have been recognized for the honour since the Order was established in 1989.

This week, Lieutenant Governor Judith Guichon, who is also the Chancellor of the Order issued the call for names for the Order of British Columbia.

“As the Province’s highest honour, the Order of British Columbia recognizes the outstanding contributions and achievements of our citizens,”  ... “I encourage you to nominate those individuals in your community whose leadership, dedication and extraordinary accomplishments strengthen the integrity of our province and contribute to a better future for all.”

Once the nomination process closes, an independent advisory council, which is chaired by the Chief Justice of British Columbia will consider the nominations.

Those selected for inclusion on this years list, will be appointed to the Order at a ceremony at Government House in Victoria.

A review of last years ceremony and instructions on how to submit your nomination for 2018 can be reviewed here.

The full list of all recipients dating back to 1990 can be examined here. 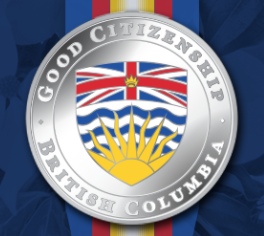 You can also submit nominations for the Province's other honour, that the Medal of Good Citizenship, which recognizes citizens for their exceptional long-term service and contributions to communities without expectation of remuneration or reward.

There is no deadline for the Medal of Good Citizenship, with submissions accepted on a year round basis.

You can explore the nomination process here.

Learn more about the Order of British Columbia from this information release from the provincial government.

You can also contact the Intergovernmental Relations Secretariat at 250-387-1616 or by email at bchonoursandawards@gov.bc.ca


To return to the most recent blog posting of the day, click here.
Posted by . at 3:55 PM

Email ThisBlogThis!Share to TwitterShare to FacebookShare to Pinterest
Labels: Order of British Columbia 2018