Nine months on, two sides still talking as part of BC Port negotiations 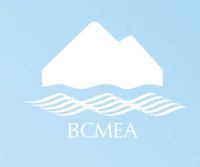 There's no deal on the table yet, however the talks remain ongoing, as the British Columbia Marine Employers Association and ILWU locals in the province continue their negotiations for a new contract for British Columbia's port workers.

The current talks involve four ILWU bargaining units, as well as Local 514 which represents the ship and dock foremen.

The two sides headed to the bargaining table in January, prior to the  expiration of the current eight year deal in March of this year, though it's not expected that the current negotiations will deliver a similar term should there be an agreement.

The ILWU represents dock workers in Vancouver and Prince Rupert.

With the talks seemingly destined to head into October, both sides have remained silent on what they are seeking out of the current negotiations, as well as to whether there is any significant progress to report on to this point.

For those looking for some optimistic signs, the employers and representatives of ILWU local 502 in Vancouver recently concluded a tentative five year agreement between GCT Canada and the marine workers, a process which required the use of Federal mediators and had seen a strike notice served on the employers earlier this month.

Business in Vancouver has an in-depth review of the negotiations to this point and the concerns that shippers would have if the two sides fail to reach an agreement and any form of job action were to take place.

Also of interest from the BIV article is the background offered up on some of the other labour discussions across North America and what the bargaining has delivered in those locations to this point. A good portion of those discussions have centred around issues of the changing nature of cargo handling at ports up and down the pacific coast.

For more items of note related to the current negotiations as well as other labour issues on the North Coast see our archive page here.

Email ThisBlogThis!Share to TwitterShare to FacebookShare to Pinterest
Labels: Talks continue for BC port workers