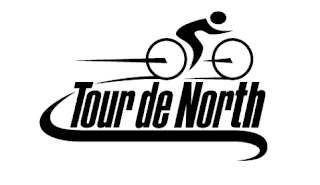 After a week of at times challenging weather conditions, the final stretch for the 2018 Tour de North should be one of smooth riding and warming temperatures, with the ride into Prince Rupert later this afternoon set to be one under sunny skies.

The week long Cops for Cancer odyssey began in Prince George last week and if all keeps to the schedule, the Tour will come to an end this afternoon at the Crest Motor Hotel, with the riders anticipated to make the climb up the hill to the Crest at 5:30 this evening.

The majority of the riders are made up of members of RCMP detachments from across Northern British Columbia including Stephanie Wainman and Devon Gerrits, a pair of active members of the Prince Rupert detachment.

As well former Mounties, members of the BC Ambulance service and other supporters of the tour have been participating in the ride.

There were a number of stops as the members of the Tour crossed the North, and as each community along the way welcomed the riders, they also helped to move the donation level up towards the event goal of 300,000 dollars.

When they first set out last week, the ride was 53% towards that figure, as they left the Bulkley Valley at midweek, they had crossed over the 65% mark with 194,902 dollars raised.

That amount should increase following their stop in Terrace and as they make the 150 kilometre run to Rupert later today.

Following today's welcome ceremony at the Crest, the Riders will be feted at the Seal Cove Pub where a Fundraiser Dinner will get underway at 7:30 to celebrate the completion of this years Tour de North Ride.

You can explore some of opening themes on the tour from our post of earlier this week.

To donate to the Tour see the Tour de North website here.

Updates on their travels across the Highway 16 corridor can be found from the Tour de North Facebook page.

For more items of note on Community events in Prince Rupert see our archive page here.


To return to the most recent blog posting of the day, click here.
Posted by . at 10:19 AM