While it seems of late that Canada and the United States can't seem to agree on much when it comes to bi-national issues, on the theme of salmon, it appears that the two sides of the border are of the same mind.

After some extensive negotiating sessions over the last two years, representatives of the two countries have completed their work on a new Pacific Salmon Treaty, with the document set to provide for limits on fishing for the next ten years.

The eight members of the Pacific Salmon Commission, four from each nation, along with their alternates released the details of their agreement on September 17th.

Among the changes recommended by the commission are new conservation objectives for several salmon populations, as well as a renewed commitment to science and stock assessment to inform decision makers in both countries.

The proposed agreement also includes harvest reductions for Chinook fisheries in both countries that will help protect stocks while providing sustainable harvest opportunities for First Nations, Indian Tribes, as well as commercial and recreational fishers in both countries.

The proposed agreement has now been referred to the two governments for their legal review and ratification through formal diplomatic channels.

A look at some of the research and other findings of the Commission can be explored further here. 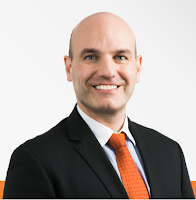 Skeena-Bulkley Valley MP Nathan Cullen has greeted the news of the agreement positively and was encouraged by the work that was completed, calling on the Federal government to accept the findings and move forward on the agreement.

“The sustainability of wild salmon stocks is a huge issue for many communities and governments must step up to the plate and work collaboratively to protect these species. We need co-operation if we want to protect our fisheries,”

“It’s good that representatives from both countries have created a plan to manage Pacific salmon. Now the Canadian government must step up and accept the agreement. This agreement will require all jurisdictions to accept a reduction in the number of fish that can be harvested,”

If the agreement is approved, the new conservation  sharing agreement will come into effect on January1, 2019 and remain in force through to December 31, 2028.

For more items of note on the North Coast Fishery see our archive page here.

To return to the most recent blog posting of the day, click here.
Posted by . at 9:50 AM