Update: The trail has now been reopened, however RCMP urge residents to remain cautious and aware of surroundings and to follow instructions posted to signage at the trail site.

Prince Rupert RCMP still doesn't recommend using the trail, but as they can't stop residents from doing so, they urge caution for those that choose to travel it.

As part of their advisory the RCMP outlined how the incident involved reports of three wolves in the area, more on the background can be found from this Statement

A report of a Friday morning wolf attack on the Butze Rapids Trail has brought a call to the Terrace Conservation Service office, with an officer dispatched to travel to Prince Rupert to assist in the hunt for the animal.

The incident, which saw a wolf attack a group of hikers and their dog was reported to Prince Rupert RCMP around 11 AM, with officers attending to escort the party off the trail and to warn those arriving that the trail was closed due to the incident, advising at the time than a Conservation officer was en route.

So far, no updates have been received from the Butze trail related to any injuries that may have been suffered, or to the status of the search and if the situation has been resolved. 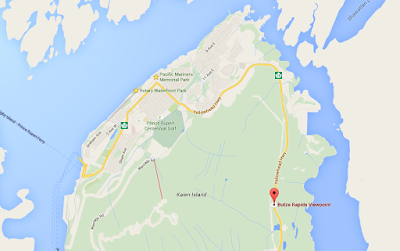 Word of the incident spread mostly through Social Media and by way of news reports,  however missing from the flow of information was anything from the City of Prince Rupert.

Which as of this afternoon, had yet to alert the public to the issue at the Butze trail, or to make note of the closure of the trail until the incident has been taken care of.

The City does host a number of platforms where such important information could be shared. 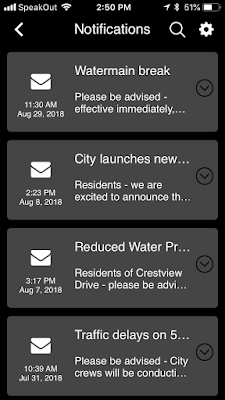 However none of those options have been put to use on this  advisory at this time.

For more notes on Emergency Responder items across the Northwest see our archive page here.


To return to the most recent blog posting of the day, click here.
Posted by . at 3:00 PM