Nominations Now Open for Metlakatla Development Corporation Board of Directors 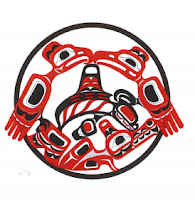 The organization that is at the forefront of some of the new wave of development in the region is seeking four members for its Board, offering a chance for members of the Metlakatla First Nation to join in on the ever evolving economic footprint that Metlaktatla is making in the community.

The Metlakatla Development Corporation issued the call for its Board of Directors last week, with the nomination period open until Friday, November 8th, there are currently four positions available as part of the process.

The shareholders of the Corporation will be electing and appointing members to the Board as part of the Annual General Meeting scheduled for November 21st.  Two of the four positions to the Board will be by election, with the other two by appointment.

The AGM is scheduled for the Banquet Room of the Crest Hotel at  9:30 AM on the 21st, with all members of the Metlakatla Band over the age of nineteen invited to attend.

To learn more about the process see this advisory from the MDC.

Among some of the key elements for consideration, nominees must be of Metlakatla ancestry, at least 19 years of age and not an employee of the MDC or any of its subsidiaries.

The full list of qualifications for the nomination process and the form to submit towards it can be found here.

For more items of interest related to Metlakatla see our archive page here.
Posted by . at 11:01 AM