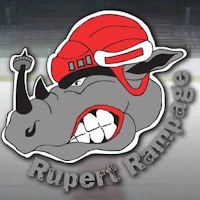 The Prince Rupert Rampage will be looking to keep their hot start on the full boil this weekend, with the CIHL co-leaders set for their first road game of the year tonight in Kitimat, followed by a home ice match up with Hazelton on Saturday at the Jim.

The Rampage take to the bus for an 8 PM start at the Tamitik Arena this evening, Prince Rupert hitting the road boasting an impressive 3-0 record and exhibiting some strong offensive performances since the start of the season, accumulating thirteen goals in the three games, while surrendering but four.

They will be looking to Judd Repole and Kory Movold to keep their hot hand in the scoring department as they head into the weekends' work, with Repole currently second overall in CIHL scoring with 2 goals and six assists.

Movold is nipping at his heels just two points behind with 3 goals and 3 assists on the young season so far.

At the last line of defence, Tomoki Yoshizawa has had a strong start with a record of 2-0 in the Ramapge nets, boasting of .957 Save percentage which currently has him trailing only Trevor Boyok from Smithers in the Goalies listings.

One notch below is Kieran Sharpe, with one Rampage win on the list his 21 saves providing him with a .913 Save percentage for the early season results.

The Rampage head into Kitimat aware that the Ice Demons with an 0-2 record so far, will be hungry to grab their first win of the season in front of the always boisterous Kitimat fans.

Saturday, the Rampage will be back to the friendly confines of the Jim, as they welcome Hazelton back to the North Coast's home for hockey on McBride. The Wolverines returned to the CIHL after a lengthy absence from the scene and there have been some growing pains for the team.

Hazelton has dropped their first two games and are currently are in last spot in the West Division, with some defensive lapses adding to the goals against totals.

Saturday's matchup finds the Ramapge making the call to the PRMHA with this week's Game Day call up 7 year old Sahaj Gill, who will take to the ice for the pre game warm up at 6:30. 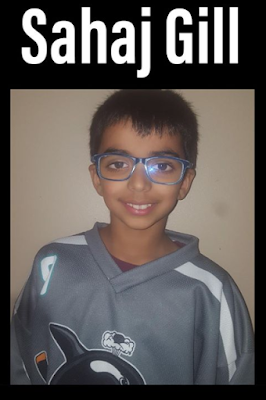 Game time Saturday is 7 PM at the Jim, tickets are sold at the door, Adults $10, Seniors and Students $5, Children under 6 for free.

Fans are reminded that ticket sales are on a cash only basis as there is no credit/cash card machinery at the Arena entrance.

A trip to your local bank may be necessary as there are also no cash machines at the Civic Centre.

You can keep up with some of the pre game notes from the Rampage from their Facebook page, for more items of note on the Rampage and the CIHL see our archive page here.

Email ThisBlogThis!Share to TwitterShare to FacebookShare to Pinterest
Labels: Rampage with two games this weekend