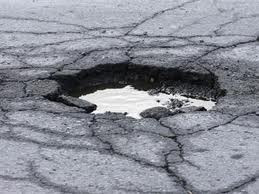 The car rattling, bone jarring  pot holes that dot the city's streets  in a growing number of locations may soon see some attention.

The road remediation program making for up for a review as part of Monday's Council session, with Councillor Barry Cunningham relaying some of the comments he and maybe a few other Council members no doubt have heard word on in recent moths.

"I've noticed on some of the new paving that was done last year we're developing pot holes in it already in certain areas and that. And I'm wondering if C and C Road builders or whatever they're called will be coming back to be doing any warranty work on this stuff. You know it's sad to see that a project that was done less than a year ago and we're already starting to have trouble with pot holes and certain aspects of that. And they're not just minor potholes in a couple of places So I just wonder if we're following up with any warranty work on that."

Mayor Brain confirmed that the City would be following up on the warranty work and noted that the extensive rainfall of 2020 may have had an impact on the current troubles the city's roads are in.

"Last year we had the major rainfall to the point where you remember, if you remember the paving was delayed for weeks on end we were into August there and stuff like that. So any work that has additional work that needs to be done they'll honour the warranty work and they'll come back and do that and that's on the schedule this year"

Mr. Brain also made mention of the city's plans to put the annual paving program out for bid, which brought a question from Councillor Gurvinder Randhawa who asked which areas would get attention this year.

"I think we've put a bid out for BC Bid as we do every year, in that bid you can see the actual works that we are looking to do in the community which roads and which streets. But I think the main message to once again tell the community is that we always have to wait for the freeze/than season to complete before  we begin road works"

Earlier this month we made note of that BC Bid, so to save our readers some time the list for 2021 as published in the BC Bid call for tenders can be reviewed below. 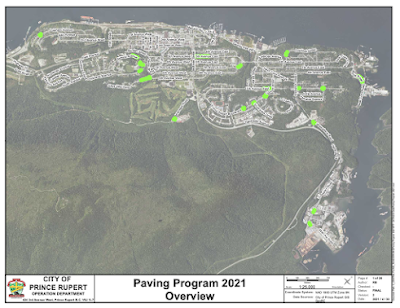 The request for bids for the annual paving program will come to an end on May 17th.

The full discussion on the state of the city's streets and the plans to repair them can be reviewed through the City's Video Archive starting at the 55 minute mark.

Further notes on the Monday Council Session can be found on our Council Timeline feature.

A wider overview of City Council Discussion themes is available here, while notes on plans for the city's infrastructure are archived here.