Highway 16 CLOSED west of Terrace due to vehicle incident

Update:  Highway 16 was reopened to traffic at 10 PM 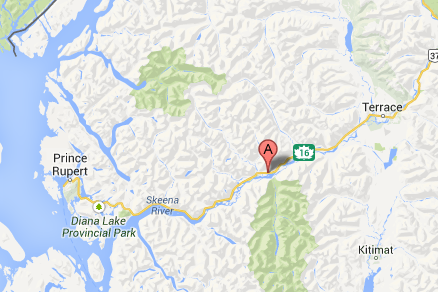 Travel between Prince Rupert and Terrace has come to a stop as Highway officials have closed the road to traffic in both directions due to a vehicle incident.

The site of the road closure is 50 kilometres west of Terrace, about midway between that city and Prince Rupert. No time for reopening has been provided for as of yet.

Few details have been released on the nature of the incident, with the next update from Drive BC not expected until 6 PM. (Next Update at 8 PM) 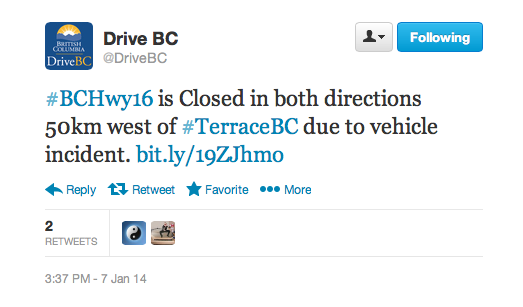 Update: The RCMP issued this request for assistance from the public regarding this incident.

News items on the incident