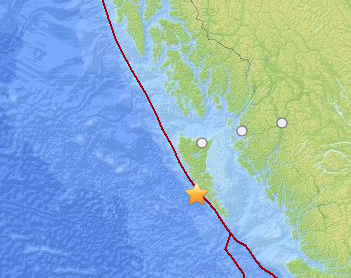 An early morning rumble for residents of Haida Gwaii on Sunday as a 4.1 magnitude earthquake was recorded south of Masset at 7:37 in the morning.

The quake was centred 151 kilometres south of Masset at a recorded depth of 10.0 kilometres.

No damage or injuries were reported from the Sunday morning event and No Tsunami Warning was generated by it. 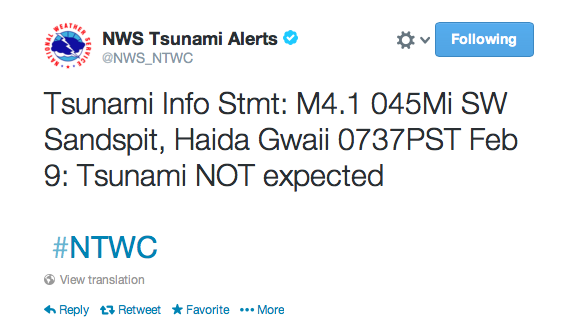 You can review the information from the USGS earthquake program here.

It's the first quake to be recorded on Haida Gwaii this year, after a pair of fairly active seismic years of 2012 and 2013.

So far in 2014 for the Northwest, Earthquakes have been recorded in Alaska and off Vancouver Island.

You can look back at past seismic events from our archive page.