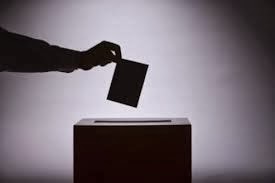 Municipal politicians across the province will soon be running for a four year term, as the Province of British Columbia sets in motion legislation to extend the terms of municipal office holders.

The new election cycle will include all elected officials in municipalities, regional district and school districts.

The proposal to extend the terms has been under discussion for the last year and is part of a package of planned local election reforms planned for the 2014 Legislative session, with more change on the way to modernize election campaign financing rules before the November 2014 municipal elections take place.

The topic of electoral expense reform was the subject of discussion Prince Rupert City Council in January, it also has come up for discussion at School District 52 sessions.

You can review some of the proposals for Election expense limits from this discussion paper.

There shouldn't be any complaint from municipal politicians over the extra year of service, at the UBCM sessions of 2013, delegates endorsed the resolution in support of the extension of one year to municipal mandates.

You can review some of the background on the issue from the BC government website
Posted by . at 12:23 PM

Email ThisBlogThis!Share to TwitterShare to FacebookShare to Pinterest
Labels: BC to extend municipal election terms to four years