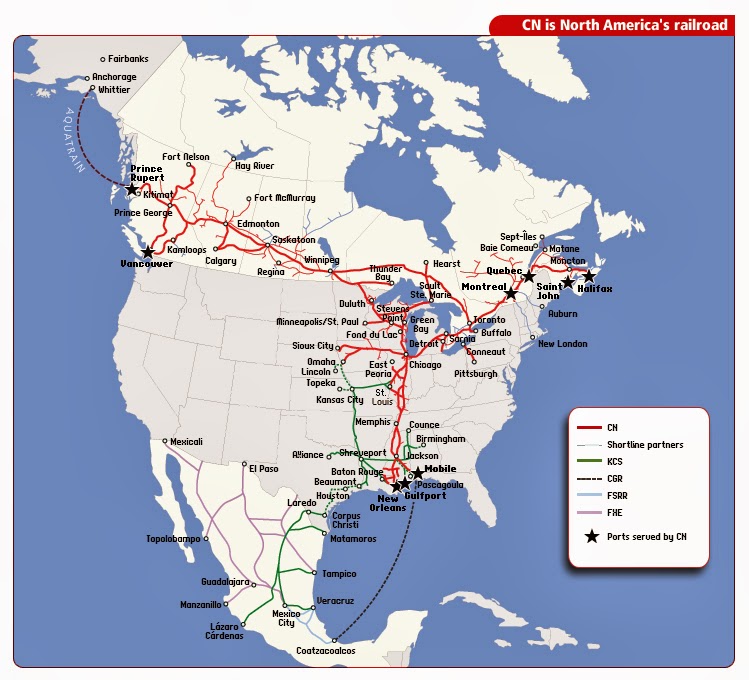 The prospect of a rail shutdown along the CN network is already rattling the doors of Parliament Hill and beyond, with word of ongoing labour troubles between the railway and one of its unions.

That threat grew a little bit stronger on Wednesday, as the Teamsters Rail Conference of Canada issued a strike notice to CN, a notice that could see rail traffic come to halt to the Port of Prince Rupert by Saturday.

CN acknowledged receipt of the strike notice with this media release from Wednesday.

As we first outlined on the blog Monday, percolating labour troubles between CN and one of its unions, is threatening to provide a disruption to rail traffic across the CN system.

As mentioned in our blog item of earlier this week, the main sticking point between the rail union and CN is a concern over safety. A situation that resulted in a 60 percent vote against ratification of the tentative agreement previously reached in October of 2013.

With the clock now ticking towards a Friday night deadline, the two sides have returned to the bargaining table with the assistance of a Federal mediator.

However, the Teamsters Rail Conference advised by way of their media release this morning, that workers would go out on strike, if no agreement were reached by February 8.

That prospect of a rail disruption has not escaped the notice of Federal officials, with Labour Minister Kellie Leitch expressing the Government's concern over any possible strike and its impact on the Canadian economy.

In the past the Conservative Government has been quick to bring back to work legislation to Parliament to address labour issues when it comes to the Transportation network. So for many will not surprising to learn that it may take that option once again should the railway come to a stop on Saturday.

Some background on the simmering dispute can be found below.

Update: Numerous media groups reported Wednesday evening that a tentative deal had been reached to avoid any job action between the union and CN Rail. Details to come as available.