.
Like a scene out of Boardwalk Empire, City Councillor Joy Thorkelson is vowing to keep alcohol out!

All be it in this case, banned from the shelves of local grocery stores, suggesting that there are more than enough places in the city to purchase beer, wine and spirits.

Speaking to CFTK Television on Monday, the Councillor outlined her concerns over the recently released report from the Provincial Government.  (CFTK video here) A report which provided for acceptance all of the recommendations culled from five months of consultations and review.

Beyond the issue of alcohol in the grocery stores, Councillor Thorkelson also had concerns with the proposals to allow kids in pubs and with the planned introduction of happy hours in the bars of the province.

Last Friday, the Province's Attorney General and Minister of Justice Suzanne Anton announced that the province intends to move ahead with all 73 of the recommendations that formed part of the B. C. Liquor Policy Review. (see the full review here)

The process of review began in September when John Yap, the Parliamentary Secretary to the Attorney General debuted a website and conducted stakeholder sessions in many locations in the province.

All designed to learn more about the wishes of British Columbians when it comes to the liquor laws of the province, part of an 87 day process, with more than 76,000 visits recorded to the website dedicated to the review process.

The result of that consultation was delivered by the Attorney General on Friday.
(see full announcement here)
.


.
The portion of that review that appears to concern the Prince Rupert councillor the most is the move to allow for sales of beer and wine in Grocery stores, with the councillor suggesting that there are more than enough locations in the city to purchase alcohol. As well, the Councillor has concerns that depending on how one interprets a grocery store, alcohol products could also soon be available in corner stores.

Not mentioned in the CFTK report,  but perhaps of concern to some in the community is the impact that opening the sale of alcohol to grocery stores may have on the Government owned BCLC outlet in the city, the staff at that outlet is represented by members of BCGEU.

The provincial union has launched an extensive campaign to expand services offered by the BCLC outlets in the province they also had previously expressed concerns over the social responsibility of the proposed changes.

Councillor Thorkelson issued her first warning on the prospect of changing liquor laws back in November, just as the consultation period was coming to an and. Admitting that it appeared to be a process that she and council had overlooked, she still urged Council to submit their concerns to the Province.

While council chose not to make a formal submission at that time, the matter was left to individual councillors to submit their thoughts to the website if they wished. No update was provided to council as to how many Councillors took that route in November. 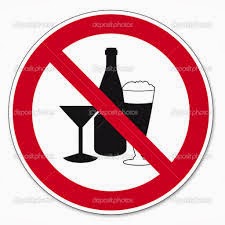 Now however, with the review released and the grocery store sales provision a key part of the entire proposal, the Councillor will be bringing the topic back to City Council.

Stating to CFTK that she will be directing staff to investigate the issue further and to offer guidance as to what the City may be able to  do to stop the  debut of alcohol on grocery store shelves.

At the time of her first intervention into the proposed loosening of alcohol regulations, Council chose not to add concerns over the proposed liquor laws to the growing workload for City Staff.

It will be interesting to see if Councillor Thorkelson, having missed the first opportunity to discuss the issue in November, can now corral the required votes around the Council table to bring the issue back to the table.

A move that would send City Staff off to the research desk to determine what moves the City can put in place to block some aspects of the provincial plan.

Below find some more background on the proposed changes that have come from the liquor review.