As organizers head into the final preparations for the Prince Rupert Regional Community Foundation Celebrity Dinner, they've already knocked off much of the to do list for this years major community fundraiser.

The Celebrity Dinner is an event which never disappoints in both attracting inspiring guest speakers, as well as raising funds for a wide range of community projects.

Once again, organizers have delivered an impressive combination as the main attractions for this years event.

With Gloria Macarenko returning to provide emcee duties for the night and former Prince Rupert resident Chris Hebb, making a homecoming for the dinner. Selected by organizers as this years guest speaker.

Ms. Macarenko, of course is well known for her work as an award winning journalist with the CBC, heavily involved in the community in Vancouver and long celebrated on the North Coast for her efforts on behalf of her hometown.

She makes frequent trips back to this community, in order to lend a hand for community functions such as this years Celebrity Dinner.

Mr. Hebb, is another in a growing list of high profile former Rupertites, who is quick to reply for a request from his hometown. 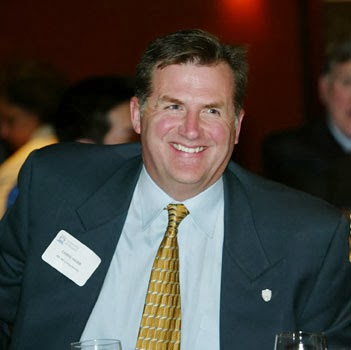 He returns to the North Coast in March, with an accomplished resume of his own.

Much of it in the field of communications, from his past work with the Vancouver Canucks and the Vancouver Grizzlies of one time NBA fame, to his most recent work as Vice-President of content and Communications with Maple Leaf Sport and Entertainment,  one of the largest of media content providers in the country.

Both will be on hand at the Community Foundation Dinner, giving back to a community that remembers them well and welcomes them back in aid of a cause that continues to make its mark to improve the North Coast.

Since it was created in 2003, the Prince Rupert Regional Community Foundation has provided money for a variety of projects and initiatives on the North Coast.

Awarding over 86,466 dollars to some 71 non-profit community groups and projects in the last eleven years.

This years Celebrity Dinner is set for Sunday, March 9th in the Banquet Room of the Crest Hotel, with doors opening at 6 PM.

Tickets, which go very fast, are available for 100 dollars, with a tax receipt provided for half that amount.

There will be a limited auction following the dinner to wrap up the evening event.

You can learn more about the work of the Foundation from their website.

It features a fair amount of background on the Foundation as well as a preview of this years dinner.

From it, you can also examine the extensive listing of the past projects that have benefited from the assistance of the Community Foundation.

For groups or organizations that may with to make a submission for the Foundation to consider, the deadline for applications is March 31st.

You can learn more about that process and review some of the past organizations to be awarded grants here.