RCMP seek man on many charges, including those from Prince Rupert 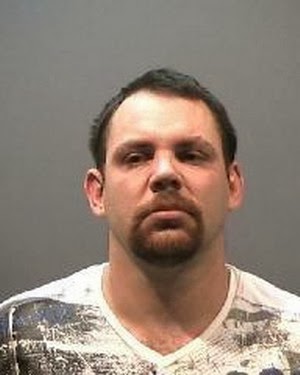 The RCMP are seeking the assistance of the public in locating Christopher James Neudorf, who is wanted province wide on a string of 17 charges on three outstanding warrants, which include alleged offences in the Prince Rupert area.

Neudorf is also wanted for outstanding warrants in Newfoundland and Saskatchewan.

He was recently added to the RCMP's Most Wanted listings.

Described as Caucasian with brown hair and eyes, he is approximately five feet, nine inches and weighs 77 kilograms (170 pounds).

It is believed he is associated with a Grey 2011 Dodge Ram pick up, with an Alberta licence plate of BJJ 0818.

Should anyone have information on his whereabouts they are asked to not approach the subject, but to contact 911 or through Crimestoppers at 1 (800) 222-TIPS (8477)

The province wide alert was issued by the Sunshine Coast RCMP, the details of which can be reviewed here.

Email ThisBlogThis!Share to TwitterShare to FacebookShare to Pinterest
Labels: RCMP look to located Most Wanted including alleged crimes in Prince Rupert