Highway 16 Closed at Rainbow Summit due to Vehicle Incident

Update: Highway 16 was reopened to traffic shortly after 7 PM 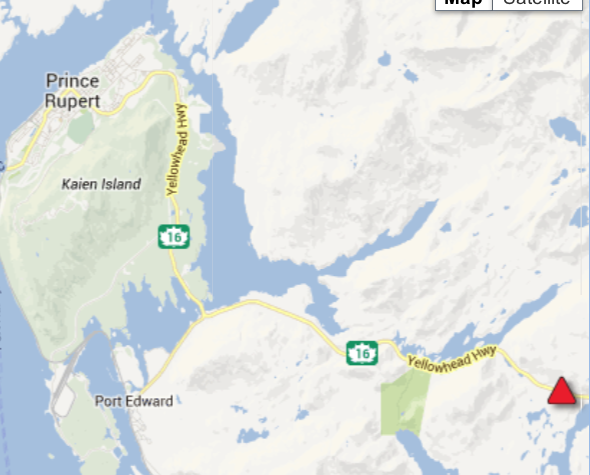 Highway 16 was closed in both directions shortly after 6 PM on Tuesday evening, after reports of a vehicle collision in the Rainbow Summit area.

Road conditions featured snow, slush and reduced visibility at the time of the incident.

According to the Drive BC twitter feed the incident involves a logging truck. Reports indicated that the logging truck has lost its load.

No time has been estimated as of yet, as to when the highway will reopen to traffic. There is no detour available around the incident site.

Highway cameras in two locations provide a sample of the conditions at 6:45 PM.


No further details on the incident have been released as of yet. Prince Rupert RCMP continue to investigate the factors involved in the collision.

Update: Drive BC advised that the incident scene had been cleared, traffic resumed and that vehicle recovery operations were in place as of 7 PM.