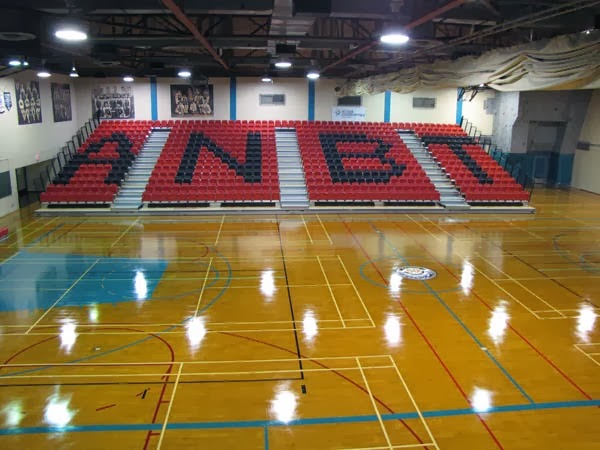 Word continues to spread far beyond the North Coast these days, highlighting the special nature of Prince Rupert's annual winter ritual of the All Native Basketball Tournament.

The event which wrapped up February 16th in the city is well known across British Columbia.

And now with an item on the Sportsnet media portal, the tournament will gain yet more added fame and most likely a bit more interest.

Perhaps from more than a few across the country, that may not have even known of the tournaments existence.

This week, the national sports media giant provided this article on the recent tournament, tracing some of the 55 year history of the premiere sporting and cultural event in Northwestern British Columbia.

The article from Lyndsie Bourgon, captures not only the enthusiasm of the basketball players on the court, but that of those of the fans in the stands as well.

Gathered together through the week, game after game, loudly cheering on their squad in an inter-community rivalry, one that keeps the Russell Gamble Auditorium and Civic Centre as a whole rocking through the entire week.

It's not the first time that the All-Native Basketball Tournament has found itself the object of interest from other parts of Canada.

In recent years, the tournament has been featured on both CBC radio and television and through the articles from local papers, that have found their way onto a national website or two.

The Sportsnet article is just the latest and may be one that offers up the highest profile of the tournament yet.

Though we suspect that as word continues to be shared across the country, more stories and features on
this celebration of basketball North Coast style will be on assignment desks in the future.