A BG Delay on a final decision on LNG for Prince Rupert? 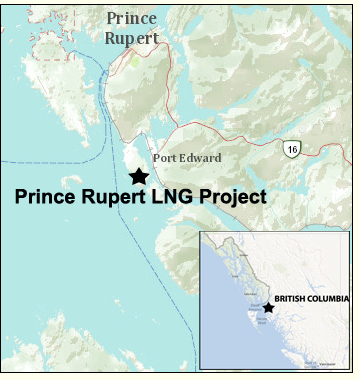 Less than a year ago we were looking at the prospect of two potential projects for the North Coast, now we have four projects in different stages of evolution, with varying estimates of time lines for any kind of decision making.

And now, for one of the more prominent of North Coast proposals, some messages it seem are being sent that there may be a delay on making a final decision on a go ahead.

It's been but four days that have passed since the representatives of the BG Group provided Prince Rupert city council with a bit of an international primer on the LNG industry, with the BG representatives outlining that an investment decision on the North Coast project could be made by 2016.

However, in the fast paced world of the LNG industry, things change fast and that may already be an out of date timeline.

As the Financial Post reported Wednesday, the British energy giant may be considering a delay of at least a year before they make a final decision on whether they will go ahead with their 16 billion dollar Prince Rupert export terminal decision.

The Financial Post suggests that instead of 2016 for a decision date, that  the new target date for a final go ahead could be 2017, with the first shipments of LNG then shifting to the year 2022 at the earliest.

The article also highlights a number of factors that could have an impact on any decision to move forward,  high among them concerns of LNG companies regarding British Columbia's proposed LNG tax.

The province has apparently heard that message pretty clear, with plans to work out a compromise still in development out of Victoria.

Also in the mix of issues that could weigh over any decision, are lower commodity volumes. lower prices and the ability to line up contracts with Asian buyers.

The cautionary note that should give North Coast residents cause to not get too caught up in the LNG euphoria just yet, comes from oil industry observer Robert Desbarats of Calgary. Who provides a bit of balance to the current anticipations of boom times for the region.

“The fact that they’re spending money out there today, which they are, and it’s big money, doesn’t guarantee that they’re going to make an investment decision to go forward with the project.”

Some wise counsel we imagine to keep handy over the next few years, as plans in progress and final decisions come to move forward... or not.

You can review our complete collection of items on the LNG industry on the North Coast from our Archive pages.

Email ThisBlogThis!Share to TwitterShare to FacebookShare to Pinterest
Labels: A delay in a final decision for the BG project?