55th All Native Basketball Tournament almost ready for tip off

Results and Match Ups from the Tournament can be found here 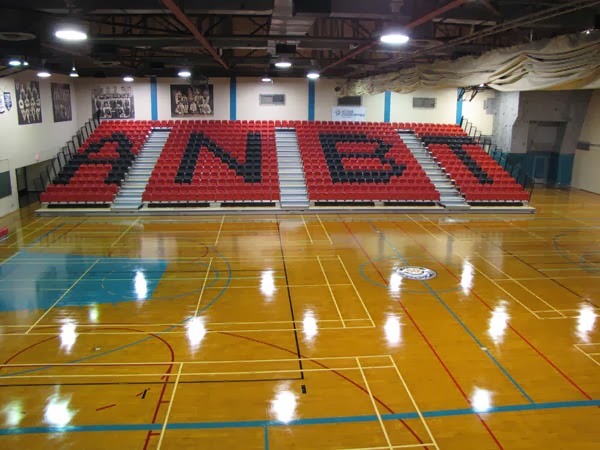 The hotels, restaurants and entertainment spots are soon to be filling up and the streets will be a little more congested after today, as a stream of participants and fans make their way to Prince Rupert by car, by air and by ferry.

All arriving to take part in what has been an annual tradition for 55 years now, the All Native Basketball Tournament. A six day celebration of basketball and First Nation's Culture that creates a buzz to the city every February.

This years tournament officially begins with the Opening Ceremonies on February 9th, hosted this year by the Haida Nation. The opening to each tournament provides for many memories, and the 55th edition of the ANBT is sure to add to the growing list of unforgettable performances and celebrations.

Beyond the local audience in attendance both for the opening and for the tournament itself, will be teams and supporters from as far away as Vancouver, Vancouver Island, Haida Gwaii, Alaska, the Central Coast region and on into Northwest and  North Central British Columbia.

50 teams in total, along with their followers from across the region and the province are expected for the six day event which seems to grow larger in scope and presentation each year. Providing for an impressive boost to the Prince Rupert economy over the course of the week long event.

And while the majority of the basketball action will start up on Monday, there will be some early games on Sunday, with the Women's Division Draw launching  at 1 PM just to get everyone into a basketball frame of mind.

All of the action on the court takes place at the Jim Ciccone Civic Centre, with the main focus being the Russell Gamble Gymnasium, with some games scheduled for the Arena complex.

Beyond the six days of basketball, there will be arts displays, food booths and a wide range of activities at the Civic Centre complex for participants and fans alike to take part in while they are in Prince Rupert.

For those looking for schedule information regarding the teams they are here to follow, the full draw for all divisions can be found here.

As in past years, CFNR is heavily involved in coverage of the ANBT, providing background, results and for some communities live streaming of the tournament events. You can access their coverage through their website. (Note for Prince Rupert residents: As of Friday a notice was appearing on the CNFR website advising that "due to network restrictions in Prince Rupert we have had to block access to this stream")

For those that are using BC Ferries for their transportation, a reminder of the special notice for travellers that was issued by the Ferry corporation last month.

As for the tournament,  Updates to the blog and for some of the media coverage of ANBT 55 can be found below as the week progresses: